Atlanta Cops Want You to Know How 'Happy' They Are

Think the fuzz are no fun? In an effort to boost its public image, the Atlanta Police Department’s Public Affairs Unit released a video this week proving its officers can kick it with the rest of us.

Set to Pharrell’s Happy, everyone from Police Chief George Turner to the gang squad show off their best dance moves. Beat officers dance on city sidewalks and in Centennial Olympic Park, while cops on motorcycles, bikes and horses get in on the action — some even flash the tasers holstered to their belts while they’re at it. (Oops.) Not surprisingly, the cops look happiest when walking out of a Krispy Kreme store, no doubt elated by their sugar high.

Most YouTubers seemed to dig the vid, which has racked up more than 100,000 views in less than two days. Others used it as an opportunity to make some predictable digs at the po-po: “Hmmm…with the crime rate they’re experiencing, I’m not so sure what they are ‘happy’ about,” observed one commenter. (Although homicide rates have dropped lately, Atlanta is still considered one of the most dangerous cities in the U.S.)

Okay, back to work guys! 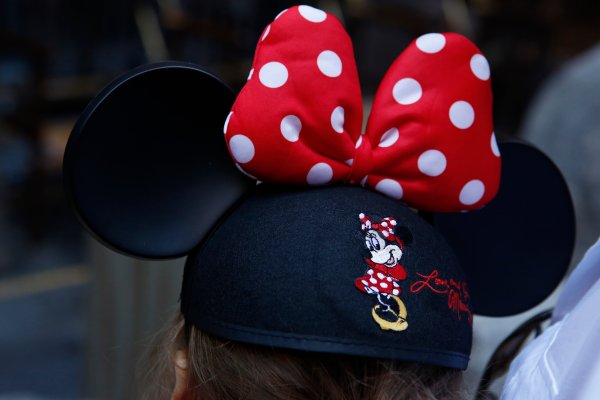 And Now The Most Underwhelmed Disneyland Visitor of All Time
Next Up: Editor's Pick