Bombs Bursting in Air: A War on Fireworks

I grew up in a town so small and so not ready to spring money for fun (yes, Puritans were involved) that we didn’t even have a football team, let alone fireworks. The first time I heard fireworks, I was 9. They were so loud that I cried, but I also wanted to like them, because everyone else did. The colors were admittedly amazing and people were clapping, which I associated with Ice Capades. So I managed to join the party.

A decade or so later, I was watching a movie in a mall in Bogotá, Colombia, and suddenly, from outside, came a nonspecific rat-a-tat-tat. The movie stopped. We clustered in the center of the theater. Most people were ashen and silent. Some people laughed, albeit nervously. I (never missing an opportunity!) cried and asked panicked, unanswerable questions. We all knew it would have been unusual for a battle to just erupt outside a semi-suburban mall, but, considering a general escalation of violence in the city in 1989, it was not impossible. (And today, I dare anyone to giggle at such a noise.) We waited. After it stopped, a brave man went out to investigate. He came back laughing. It was fireworks, he said, set off to celebrate the mall’s anniversary. We exploded with relief.

Fireworks have been used for all kinds of celebrations in all kind of cultures ever since they were invented by the Chinese in the 7th century. But when we use them on the Fourth of July, we are commemorating a war. And that experience of hearing fireworks divorced from the context of potato salad alerted me to how much they truly evoke the sound of munitions.

Of course, our War of Independence ended long before anyone who’s alive today knew anyone who was alive who knew anyone who was alive back then, and if our last war had been say, the War of 1812, it might make sense to have a holiday wherein we indulged in play bombing sounds. But many wars—Vietnam, the wars Iraq and Afghanistan—are not long over (and for those living in those places, not really over at all). American veterans of these wars do not have the same uncomplicated relationship to fireworks that the rest of us seem to. And what about the millions of Americans who fled here because of wars in Southeast Asia, Central America, the Balkan States, The Middle East, Africa…? Do you think any of them put on their weekend to-do list “1. Tolerate, within a state of heightened anxiety, noises that remind me of a terrible situation from which I barely managed to escape”?

You will notice that the above list of embattled countries basically reads like “half the world.” Most Americans are very, very lucky to have escaped any homefront experience with war. So there’s perhaps something arrogant about being like, “Whoo! Let’s make lots of sounds that sound like war!” To say nothing of fireworks’ considerable expense, or the fact that they aren’t great for the air, or that they tax fire departments who need to be at the ready for other more important things, especially since wildfires are increasing and intensifying with climate change.

I’m not against fun, and I’m not always against maybe-not-environmentally-friendly fun. Meaning: I don’t blame people for loving giant trucks and speedboats and ATVs. I own a Toyota Yaris that is so light you could punt it like a football, but if money were no object and cars burned dried albizzia flowers instead of fuel, I would drive a Ford F150. But we don’t live in a world where driving a giant car means nothing, or where loud, scary, artillery-like noises mean nothing. Now I’m not saying “Fireworks are bad, ban them!” or “Let’s make the Fourth a day to weave God’s Eyes together!” (Though if someone brings beer, I’m in.) But it’s worth imagining a world without them. And if you don’t believe me, ask the nearest Irish Setter. 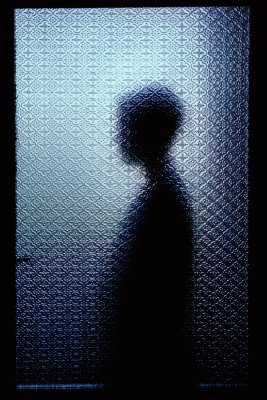 'I'm a Survivor of Rape and Intimate Partner Violence--And I'm a Man'
Next Up: Editor's Pick