The AVX entry in the Pentagon's $100 billion chopper competition.
AVX
By Mark Thompson

The original story of David and Goliath took place on the ground, and involved five smooth stones. But there’s a new airborne version of that ancient Biblical tale involving a pair of Davids battling three Goliaths—and a chance to land up to $100 billion in Pentagon business.

It’s all because the Army is looking to revamp its helicopter fleet over the coming decades, replacing thousands of its trusted UH-60 Black Hawk and AH-64 Apache choppers with something that can fly heavier, faster and further: the trifecta of flight. The industry heavyweights—Bell Helicopter and a Boeing-Sikorsky team—are in the running.

But so are two pipsqueaks: AVX Aircraft and Karem Aircraft.

While Karem is offering a tilt-rotor design like the Bell-Boeing V-22 now being flown by the Marines, AVX’s entry is what’s called a compound coaxial helicopter. It has a pair of rotors spinning in opposite directions atop its carbon-fiber fuselage to lift it, and two ducted-fans at its rear end to push it.

Both of the rotorcraft whippersnappers are run by aircraft heavyweights: AVX’s come from Bell, while Abe Karem is the engineer responsible for the MQ-1 Predator and MQ-9 Reaper drones, being built by another company.

These small bidders consist only of a relative handful of engineers and have no experience producing manned aircraft. But they seem to think of themselves more as designers and integrators who would buy the components they need from others, and perhaps team with a major partner for final assembly.

The U.S. military has upgraded its existing helicopter fleet for decades, but there is only so much improvement that can be bolted onto Reagan-era airframes. “We’ve never had the opportunity to start over fresh across [the Department of Defense] to bring a new fleet to bear that takes innovation into account,” the Army’s Dan Bailey said at a Tuesday briefing on the program at the Center for Strategic and International Studies.

The Army wants to buy up to 4,000 of the choppers beginning in the mid-2030s. It plans to narrow the four contenders down to perhaps two in about a month. If the Army scratches AVX and/or Karem from the program, they could team up with—or be bought by—one of the winners.

There’s betting inside defense circles that the upstarts have scant chance against the combined clout and experience of Bell, Boeing and Sikorsky.

Of course, that’s how Chrysler, Ford and General Motors felt about newcomer Tesla, before Consumer Reports rated its battery-powered Model S the best car of the year in February. 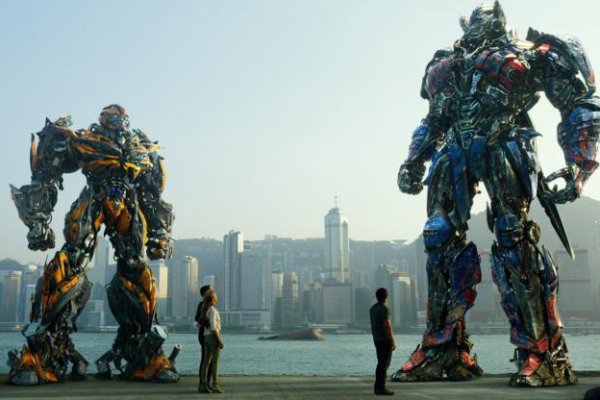 Transformers Is Making More in China Than in the U.S.
Next Up: Editor's Pick