The Facebook logo is reflected in the eyeglasses of a user in San Francisco on Dec. 7, 2011.
Bloomberg/Getty Images
By Whitney Erin Boesel

It seems nearly everyone is angry about Facebook’s already infamous emotional manipulation study—most recently, European regulators. A number of solid objections to both the study itself and to what it reveals about Facebook have been raised, but Facebook and a few others initially defended the study by saying such experiments in user-experience design are something they do all the time, just ordinary industry R&D.

I never thought I’d say this, but Facebook is technically correct. They actually are shaping and manipulating your experiences on the site all the time. Facebook’s very design encourages sharing positive emotions more than negative ones, and its mysterious algorithms pick and choose who gets to see what content. But it’s not just Facebook. Any and every platform on the Web that uses algorithms is also manipulating what you see on their sites (a more generous term might be “automagically curating”), and most platforms aren’t transparent about what they’re doing or how they’re doing it. The truth is that you’ve been a lab rat for at least as long as you’ve used online media. You just didn’t notice before.

But does the mere fact that such practices are commonplace make them right? And to what standards should we hold people who do research on social media? Should research subjects really have fewer rights simply because a corporation has a profit motive?

In truth there’s nothing particularly remarkable about the emotional contagion study, other than the fact a couple of academics were involved and someone decided to call the study “science” by publishing it in the journal PNAS (Proceedings of the National Academy of Sciences). Yet, we haven’t always given corporate research free rein, especially when it comes to covert manipulation.

By academic research standards, however, the emotional contagion study falls short. Facebook failed to get informed consent from participants in the study, and some have argued it risked pushing emotionally vulnerable users over the edge by making them more sad without debriefing them after the fact. Academic research on human subjects usually has to be approved by the host institution’s institutional review board (IRB), a group of people from various disciplines who evaluate research proposals before studies take place. This is to ensure the safety of the people who participate in the studies, and most prestigious scientific journals will only publish papers about studies that were IRB approved.

It looks now as though the emotional contagion study may not have been evaluated by an IRB. PNAS has said it decided to trust whatever IRB had initially approved the study, but Cornell’s IRB says it ruled the study exempt from its oversight because, while the two Cornell researchers helped to design the experiment and to analyze the results, they were not directly involved in collecting any data. This means all ethical oversight for the experiment goes back to Facebook, which is rather like leaving the proverbial fox to guard the henhouse.

And yet, IRBs aren’t a magic bullet. They can be more interested in avoiding lawsuits than in protecting research subjects. Their evaluation criteria are tailored to medical and biological research, and are therefore poorly suited to research in the social sciences. Even the most ethical of researchers will admit that IRB review can be tedious and time-consuming. Only (some) research that involves human subjects needs IRB approval, and one could argue that digital media platforms’ experiments are data science rather than human subjects research.

Corporate research and academic research have been blurring together for some time. Before its regulatory tangle with the FDA, for instance, the direct-to-consumer genetic testing cum social networking company 23andMe was able to publish findings in the academic journal Public Library of Science (though gaining acceptance for publication was an involved process, largely because PLoS was more careful about 23andMe’s IRB review than PNAS was about Facebook’s). 23andMe is now seeking to reenter medical research by collaborating with academic researchers; Twitter is offering “data grants” to research institutions; Facebook is seeking sociologists, though it wants the “digital demography” sort rather than the “critiques of power” sort; Snapchat actually hired a critique-and-theory sociologist. Pharmaceutical companies hire university hospitals to conduct clinical trials, and—as government and foundation funding for research dwindles, especially in the social sciences—universities and their departments increasingly depend on corporate funding to stay afloat.

Nor is the line between “person” and “data” so clear anymore. Digital technologies have become so integrated into how we experience the world that my colleague PJ Rey and I argue the digital social technologies we use count as part of ourselves. This means that, even if the Facebook study is data science, it is also human subjects research—even if Facebook never experimented directly on people’s physical bodies.

We need to create new basic standards for social and behavioral research, and these standards must apply equally to corporations and institutions, to market researchers and academic researchers, to data scientists and social scientists alike. At minimum, these standards should include informed consent the way I learned it in my graduate training as a sociologist, rather than as an aside buried in an undecipherable Terms of Service agreement that few people even attempt to read. (Note the participation-rate success of 23andMe’s research arm, which used to be called “23andWe.” Whatever else one might say about the venture, 23andWe did demonstrate not only that people like to be asked for consent, but that given an opportunity to contribute to “science,” quite a number of folks will opt in and volunteer to share their data.)

We also need to design a new review process that can more readily accommodate both social scientific research methods and the realities of life in the increasingly digitized 21st Century, and this process must be both transparent to the public and not unduly cumbersome to researchers. Facebook has since apologized (sort of) for the emotional contagion study, and has said it will change how it handles research in the future. But if the end result of the blowup over the study is that corporations’ social and behavioral research retreats further into secrecy and away from independent oversight of any kind, then everyone loses.

Whitney Erin Boesel is a Fellow at the Berkman Center for Internet & Society at Harvard University, a Visiting Scholar at the MIT Center for Civic Media, and a PhD student in Sociology at the University of California, Santa Cruz. She’s active on Twitter as @weboesel. 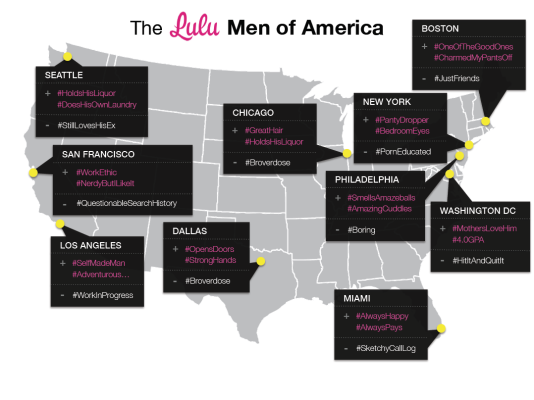 This Map Shows What Guys Are Like in Each Major City
Next Up: Editor's Pick