A Chemical In Coffee, Fries, and Baby Food Linked to Cancer, Report Says

The crispy brown crust that forms on your french fries or toast? Those are hot spots for a chemical called acrylamide, which forms when the sugars and amino acids found naturally in foods like potatoes and cereal grains are cooked at temperatures above 150 degrees. It’s present in cookies, crackers, coffee and some baby food that contains processed bran. And according to a new report from the European Food Safety Authority (EFSA), it’s a public health concern.

So should you worry?

Here’s what scientists know now: Lab studies involving animals have shown that diets loaded with acrylamide can cause DNA mutations that increase the risk of tumor growth and the spread of cancer cells. But studies involving people have produced “limited and inconsistent evidence” when it comes to the ties between acrylamide and cancer, the EFSA says.

While people exposed to the chemical in an industrial setting have suffered from nervous system issues like muscle weakness or limb numbness, that has little to do with your diet. “That was through inhalation and skin exposure to high levels of acrylamide at the work place, not food consumption,” stresses Marco Binaglia, a scientist who helped draft the EFSA report.

Binaglia says that, for now, it’s not possible for him or other health scientists to make diet recommendations. “We’ve identified a possible model of action that explains how acrylamide could damage DNA in a way that leads to cancer-producing cells.” But more study is needed to produce specific dietary guidelines, he adds.

For example, Binaglia says the EFSA’s coffee research only looks at acrylamide content, and does not take into account all the other possibly beneficial chemicals and compounds found in your morning joe, for instance. “A lot of questions cannot be answered right now,” Ramos adds. Similarly, the American Cancer Society (ACS) says that, based on available research, “It is not yet clear if acrylamide affects cancer risk in people.”

Despite all the unknowns, if you want to reduce your potential risk by cutting out the chemical from your diet, the ACS recommends boiling potatoes, which results in less acrylamide formation than roasting or frying. They also suggest lightly toasting your breads—no dark spots.

And as for acrylamide in coffee, says Luisa Ramos, another researcher who helped draft the report: “It’s usually found at higher levels in light roasts because it forms during the first minutes of roasting and then degrades as the roasting process continues.”

Ramos says choosing darker coffee roasts may lower your exposure. And, for concerned parents, baby foods that don’t contain processed cereal grains should have lower levels of the chemical. 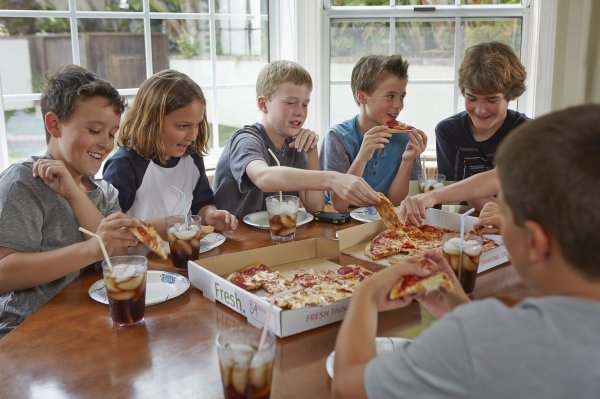 Processed Food Hurts Your Immune System—And Your Kids' Too
Next Up: Editor's Pick