The self-proclaimed fiscal conservatives who run the Republican Party did not object to the bloated agribusiness subsidies in this year’s $956 billion farm bill. They’ve fought for weapons systems the Pentagon doesn’t want and water projects the country doesn’t need. They’ve helped repeal sensible flood insurance reforms designed to slash subsidies for waterfront property. And now they expect us to cheer their efforts to kill the obscure Export-Import Bank, which doesn’t even cost taxpayers money?

Sure, why not? The Republicans may be hypocrites, but they’re right to take aim at the Ex-Im Bank.

The Ex-Im is, as Senator Barack Obama said during his presidential campaign, “little more than a fund for corporate welfare.” It provides cheap credit to foreign borrowers, often cash-flush behemoths like Brazil’s state-owned oil company or the emirate of Dubai, so they can buy products from U.S. exporters, often cash-flush behemoths like Boeing, Bechtel, Caterpillar or General Electric. It’s dearly beloved by the U.S. Chamber of Commerce and the National Association of Manufacturers, but it’s often earned its reputation for crony capitalism. William Jefferson, the congressman memorably caught with cash in his freezer, got his dirty money in exchange for introducing corporate executives to Ex-Im officials, and the Justice Department is now investigating potential corruption inside the bank.

Former House Majority Leader Eric Cantor—like Texas Governor Rick Perry and other talk-a-good-game fiscal conservatives—supported the Ex-Im Bank, and the Obama Administration has defended it as a jobs engine. But Cantor’s stunning primary defeat to Tea Party challenger Dave Brat scrambled the politics of Ex-Im, persuading House Republican leaders to oppose the bank despite the pleadings of the Chamber and some influential corporate giants. Cantor had rolled the Tea Party and House Financial Services Chairman Jeb Hensarling on flood insurance; his successor, Kevin McCarthy, wants to reassure the Tea Party and Hensarling, a potential rival for his job, that the leadership will put conservative principles first.

There aren’t a lot of principled arguments for saving Ex-Im. Its defenders say most of its loans help small businesses, which is technically true when they define “small” as fewer than 1,500 employees. But 30% of the cash it lends goes to Boeing and over 60% goes to 10 large corporations. The bank also boasts that it doesn’t cost taxpayers money—which is true, or mostly true, depending on how you do the accounting—because only 0.3 percent of its loans default. But that’s not evidence the Ex-Im is effective. That’s evidence the Ex-Im is unnecessary. Surely the private sector can provide 99.7-percent-safe loans to massive conglomerates.

This is the problem with arguments that the Ex-Im “supports” about 200,000 jobs; most of those jobs would probably be supported without the Ex-Im. And while exports do help the economy, export subsidies distort the economy, reducing the cost of capital for well-connected companies while putting their competitors at an artificial disadvantage. Paul Krugman recently suggested on his New York Times blog that even though those distortions are inefficient, eliminating the Ex-Im’s modest economic stimulus while the recovery remains soft (and while the Fed would be unlikely to offset its stimulus by raising interest rates) would be worse. I’ve been a dedicated supporter of stimulus—I mean, dedicated—but Krugman’s argument can be used to justify any government program, no matter how absurd. It was a legitimate argument during the cataclysmic freefall of early 2009, but it packs less punch now that the economy is creating jobs at a decent pace.

The best argument for the Ex-Im’s corporate welfare is probably that other nations do it, too. That’s true. It would be nice if the Ex-Im died as part of a global trade deal that forced other countries to slash their own export subsidies and stop picking winners and losers. But since that isn’t a current option, we ought to go first and urge the rest of the world to follow. The direct benefits the Ex-Im Bank provides for Boeing do not outweigh the indirect costs it imposes on everyone else.

Those costs, it must be said, are not astronomical. We have an extremely big government, and the Ex-Im Bank, which finances only 2 percent of U.S. export deals, is an extremely small part of it. And there are times when government ought to pick winners and losers, even though it can be inefficient; for example, I’m a big supporter of federal loans and other programs designed to promote clean energy, because dirty energy is ravaging the planet.

The fate of the Ex-Im Bank, on the other hand, will not affect the fate of the planet. It probably won’t even affect the fate of Boeing, which is perfectly capable of doing deals with Arab petro-states without government-guaranteed financing. So what’s the point of keeping it around and enduring its periodic scandals? Those of us who believe that government should do a lot of important things, like defend the nation and fight climate change and ensure universal health insurance, ought to recognize that government shouldn’t try to do everything. Opposing the Ex-Im doesn’t mean agreeing with the Tea Party notion that government shouldn’t try to do anything—just that it should stop trying to do this. 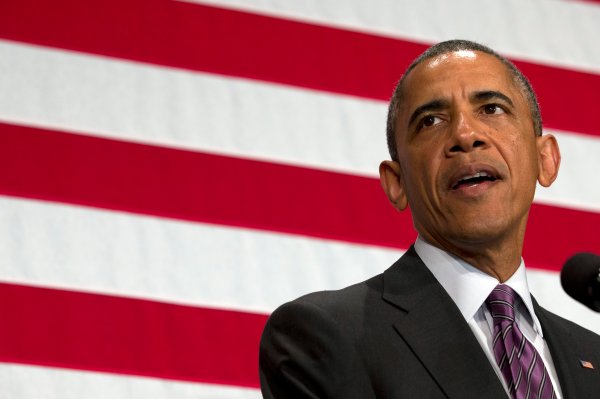 Obama: Boehner's Lawsuit Is a 'Stunt'
Next Up: Editor's Pick