The #1 Secret Astronauts, Samurai, Navy SEALs, and Psychopaths Can Teach You About Good Decision Making

We all make a lot of bad decisions.

And in our personal lives:

So how can we all make better decisions? When life and death is on the line what methods do the pros consistently rely on?

That’s a fancy word for keeping a cool head. Ever been so angry — or so happy — you can’t think straight? Exactly.

In their book, Decisive, Chip and Dan Heath identify short term emotion as one of the primary causes of bad decisions.

Astronauts, samurai, Navy SEALs, and psychopaths. What can you learn from them about staying calm and making good decisions under pressure?

150 Miles Above The Earth Is No Place For Panic

It’s the 1960′s and NASA is going to send people to the moon for the first time. A million things could go wrong.

How do you make sure astronauts don’t freak out in the cold darkness of space where there’s no help?

Ryan Holiday, author of The Obstacle is The Way, wrote about the challenges faced by the first moon landing crew:

You’re NASA. What do you do?

The research shows one of the key ways to fight panic is to have a feeling of control.

Anything that provides a feeling of control will improve performance and help you make better decisions when things go sideways.

And that’s exactly what NASA did. They systematically and repeatedly put the astronauts through everything they’d experience while in space.

This level of familiarity produced a powerful feeling of confidence:

This is why when top bomb disposal experts approach a bomb their blood pressure actually goes down. Control and confidence.

(More on what we can learn from astronauts here.)

Okay, I know what you’re thinking: NASA had a billion dollars, the smartest people in the world and lots of time. I don’t, Eric.

I’m with you. But this same focus on arousal control has worked for almost a thousand years, with far fewer resources. Here’s how.

The Most Important Samurai Training Doesn’t Involve A Sword

What does the baddest samurai to ever carry a katana have to say about warfare? Stay calm:

Like astronauts, samurai knew the power of a feeling of control through training. But they had another trick up their sleeve.

What did they do? Specifically, they thought about death. A lot. (No, I’m not recommending you get all emo. Stay with me.)

Thinking about the worst (and in their case it was having your head separated from your body) can help you be calm and rational.

The Stoics did it, the samurai did it, and every time you say “What’s the worst that could happen?” you do it too — whether you know it or not.

No. No, it’s not. And the elite Navy SEALs are proof.

Go without food or sleep for days. Jump out of a plane at 35,000 feet. Trade gunfire with Al Qaeda in the mountains of Afghanistan while outnumbered.

This is not what Navy SEALs call a nightmare. It’s what they call “Thursday.”

Kevin Dutton and his friend, Andy (a former SAS soldier — the British equivalent of a SEAL) had their vital signs monitored during a study.

Both were similar under normal circumstances. But what happened when they were exposed to stimuli that screamed “DANGER! TIME TO PANIC!”?

Elite military units vet for the toughest characters. And they go through punishing training. But what silly little thing makes a huge difference?

Research shows meditation-style breathing can make you courageous, increase your attention span, and even boost happiness,

(More on the other three things that improved the performance of Navy SEALshere.)

Nope. Let’s learn about how to balance cold rationality with the power of emotion. Let’s look at psychopaths.

What You Can Learn From Stone Cold Killers

What does it mean to be a psychopath? Often it means a congenital lack of empathy.

So psychopaths aren’t raving and wild-eyed. Actually, in many ways they’re overly rational.

When researchers make people play a betting game, who acts logically and isn’t swayed by irrational (but common) fears?

You may want your stockbroker to be a psychopath. Seriously:

(More on which professions have the most psychopaths here.)

Oh, and I guess I should also mention some psychopaths, um, murder people…

So being extremely rational often leads to better decisions — but without some empathy it can also lead to some very bad things.

This might seem confusing. How do you know just how rational to be?

There’s a reason why they give it the name “arousal control.” You’re not trying to kill your emotions, you just want a leash on them.

You don’t want to be incapable of empathy. In fact, empathy, when controlled, can be an enormous positive when trying to make good decisions.

Wharton professor and author of Give and Take, Adam Grant explains:

At this point you may be saying: Okay, okay, I’ve kept my cool — but what do I do now?

What’s fascinating is that same empathy also leads us to the next step of great decision making: think about others.

The best, simplest method for making better decisions once you have a clear head is called “taking the outside perspective.”

What’s that mean? Ask yourself, “What advice would I give my best friend in this situation?“

So where does all this lead us?

Can this style of decision making, over time, lead us to being not just smarter but wiser?

Actually, it may be the only system that can. We usually associate wisdomwith knowledge, experience or smarts. But what does the research say?

Yeah, those things are all important — but we underestimate how muchwisdom is about understanding feelings:

We’re fundamentally emotional creatures and forgetting that fact is a huge mistake.

We place so much emphasis on logic and yet the best decisions come from understanding our emotions and considering what is best for others. 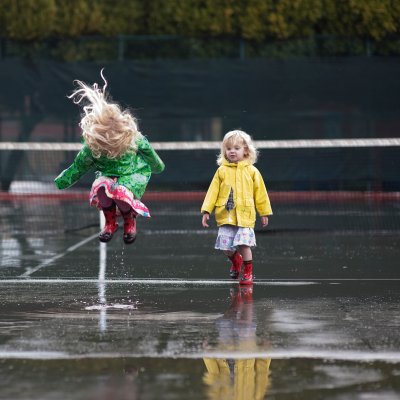 How to Overcome Regret and Seize the Day — Scientifically
Next Up: Editor's Pick