John Legere, chief executive officer of T-Mobile US Inc., holds an Apple Inc. iPhone as he speaks during an event in Seattle, Washington, U.S., on Wednesday, June 18, 2014.
Bloomberg/Getty Images
By Victor Luckerson

T-Mobile has spent the last year and a half telling us again and again that it’s not like the other wireless carriers. Stuck in fourth place in the market after a failed merger with AT&T, the company transformed into the “Un-Carrier” as a way to differentiate itself from rivals Verizon, AT&T and Sprint. The campaign is part disruptive business model, part slick marketing. T-Mobile has ended two-year contracts, eliminated automatic overage fees and prevented its customers from racking up huge data charges while traveling abroad. And T-Mobile CEO John Legere, once a buttoned-up executive at AT&T, now hurls vulgarities at his competitors and crashes their corporate parties, essentially trolling them the way we all wish we could when our phone bill comes in each month. It’s an effective one-two punch that instantly conveys that T-Mobile is a company run by real people that want to help the little guy.

The “Un-Carrier” image is now in peril, thanks to a lawsuit from the Federal Trade Commission claiming that T-Mobile profited from bogus charges for unwanted premium text message services on customers’ bills. The annoying spam texts for things like flirting tips and horoscopes cost $9.99 per month and were charged to customers via third-party companies in a process known as “cramming.” T-Mobile kept as much as 40 percent of the money from these fees, generating hundreds of millions of dollars, according to the FTC. The Commission also claims T-Mobile buried these charges deep in users’ bills and refused to refund some customers’ money when they complained. T-Mobile could be on the hook for millions of dollars to repay customers for the charges, according to the FTC.

T-Mobile, however, says the allegations are without merit. In a statement, CEO John Legere said the company stopped billing for premium texting services last year and has already launched a program to refund customers for fraudulent charges. “T-Mobile is fighting harder than any of the carriers to change the way the wireless industry operates and we are disappointed that the FTC has chosen to file this action against the most pro-consumer company in the industry rather than the real bad actors,” he said.

Whatever punishment the courts might levy, the real cost to T-Mobile is in how this legal battle could affect its image. The company claims to be on a righteous campaign to save customers from petty charges from their cellphone carriers. Burying unwanted fees for daily horoscopes in customers’ bills is the antithesis of the “Un-Carrier” ethos.

“It does hurt T-Mobile’s brand because obviously it’s built around consumer-friendliness,” Chetan Sharma, a mobile industry analyst, says of the FTC complaint. “I was a bit surprised that T-Mobile didn’t just try to settle it.”

In Legere’s statement, the T-Mobile chief pointed out that deceptive charges from shady third parties have plagued the entire wireless industry for a long time. Last fall, T-Mobile, AT&T and Sprint all signed an agreement with 45 states to stop billing customers for premium text messages. Verizon did not sign the specific agreement but committed to the same principle. Meanwhile, the FTC is also pursuing non-carriers involved in cramming schemes, like companies that feed wireless carriers false phone numbers for billing, several of which it has already sued.

An FTC spokesman declined to comment on the cramming practices of other wireless carriers or whether the agency would file legal action against them as well.

It’s likely that T-Mobile’s actions regarding cramming were not out of the ordinary for the wireless industry—and the problem itself, a relic of the days when people bought digital goods through SMS rather than through online app stores, has mostly been eradicated. But this is supposed to be a company that’s about flouting the rules, not playing by them. A T-Mobile without the arrogant CEO and the customer-first mentality is just a fourth-place carrier with a wireless network that can’t stack up to AT&T’s or Verizon’s in many areas. Now that the company has been singled out by the FTC, it will be critical for T-Mobile that it proves it has customers’ best interest at heart.

“They should probably put out the data on [cramming] as to how big of an issue it is so people can understand the scale,” Sharma says. “The FTC’s lawsuit makes us believe that it’s a much bigger problem than it might be. Without the numbers, it’s very hard to say which way it is.” 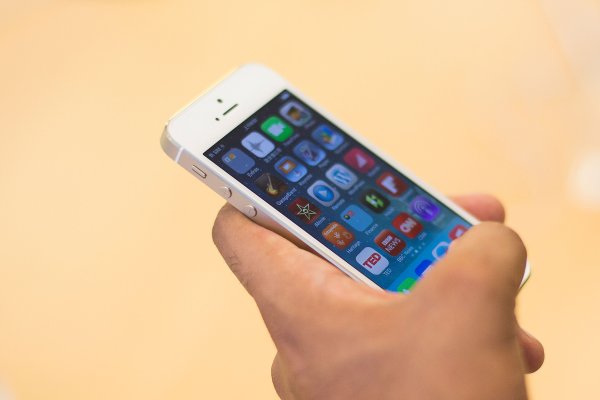 Here's More Proof That Apps Are Dominating Smartphones
Next Up: Editor's Pick