Tim Draper, a venture capitalist best known for his proposal to split California into six states, just bought millions of dollars worth of bitcoin that in a former life might have been used as drug money.

As Re/code reports, the U.S. Marshals Service was auctioning roughly 30,000 bitcoin that it had seized from the online drug marketplace Silk Road. Draper won the auction for the entire bitcoin pool, which is worth about $19 million now.

But he’s not using his newfound cryptocurrency purely for personal enrichment. Instead, he’s partnering with Vaurum, a firm that wants to create a bitcoin exchange for financial institutions. The goal with this new bitcoin pool, according to Vaurum CEO Avish Bhama, is to create some liquidity in emerging markets, which otherwise might struggle with their own weakening currencies.

“Of course, no one is totally secure in holding their own country’s currency,” Draper said in a statement on Bhama’s blog. “We want to enable people to hold and trade bitcoin to secure themselves against weakening currencies.”

Between that and the plan to split up California, give Draper some credit for trying shake things up, at least. 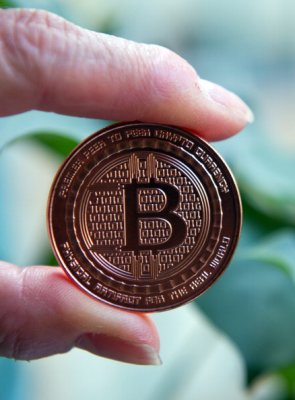