The Fault in Our Stars Bench Is Missing

One of the breakouts of The Fault in Our Stars is missing. No, not Shailene Woodley or Ansel Elgort, but the canal-side bench that the two sit on during a trip to Amsterdam.

If you’ve already wept your way through the film, you know that the bench appears in a pretty moving scene of the movie. As a result, that bench has become something of a landmark since the film’s opening, as fan maps of Amsterdam have been circulating with certain filming locations highlighted. But fans looking for the newly famous bench are bound to be disappointed, as Amsterdam city officials have announced the bench has gone missing.

“It’s a bit embarrassing, because we do keep good track of them, but it’s gone all right,” city spokesman Stephan van der Hoek told the Associated Press. Perhaps even more embarrassing is the fact that city officials are unsure if they are actually responsible for the bench’s departure, as it could have possible been removed for repairs. Other potential culprits: locals who were annoyed by the fans or even a particularly devoted fan (or group of fans).

Van der Hoek said that the city was working on replacing the bench but, in the meantime, he offered this advice for fans: “Keep your eyes on eBay.” 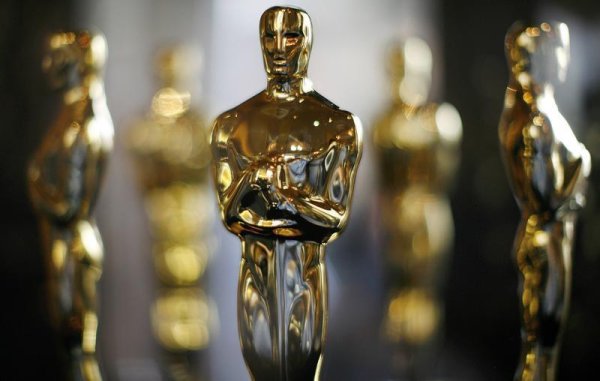 If You Sell Your Oscar, You're Going to Get Sued
Next Up: Editor's Pick