The legend of the enormous creature variously known as a yeti, Bigfoot or Sasquatch has long been a source of mystery. But now a study of supposed Bigfoot hair samples has revealed that they actually derive from known mammals including bears, cows, dogs or horses.

A team of scientists led by Bryan Sykes, a human genetics professor at the University of Oxford, analyzed DNA from 30 samples of Bigfoot hair donated by museums and enthusiasts. Although this may come as a blow to cryptozoologists — those who search for creatures whose existence is unproven — the analysis may herald the discovery of a new species of bear.

Two hairs from India and Bhutan show an unknown species that could be a distant cousin of the polar bear or a hybrid of local species and a brown bear. “If these bears are widely distributed in the Himalayas, they may well contribute to the biological foundation of the yeti legend,” the authors said in the study published in the journal Proceedings of the Royal Society B.

Although the search for the illusive Bigfoot will likely continue, scientists hope believers will at least step up their game. “The techniques described here put an end to decades of ambiguity about species identification of anomalous primate samples and set a rigorous standard against which to judge any future claims,” researchers said in the study. DNA analysis even revealed that a clump of hair found in Texas actually belonged to a hairy human. 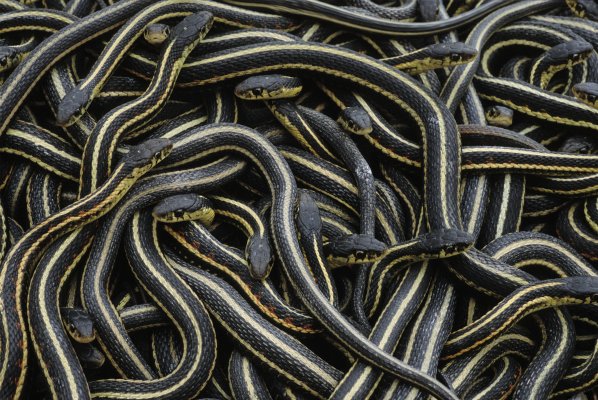 75,000 Snakes Gathered in Most Terrifying Animal Meet-Up Ever
Next Up: Editor's Pick