Jeremy Meeks is seen in a police booking photo after his arrest on felony weapon charges on June 18, 2014, in Stockton, Calif.
Stockton Police Department via Getty Images
By Stephanie Burnett

A California felon whose “handsome” mug shot scored compliments from across the U.S. has reportedly secured a Hollywood agent to negotiate modeling gigs.

Jeremy Meeks, 30, gained a legion of fans in mid-June after the Stockton police department posted his steely blue-eyed photo on its Facebook page, reports ABC News. The portrait has since gained more than 100,000 likes.

Gina Rodriguez, known for representing reality starlets like Tila Tequila and “Octomom” Nadya Suleman, signed Meeks and believes he has solid earning potential — even if he is currently behind bars.

“Jeremy could make somewhere between $3,000 to $100,000 per month through endorsements and modeling,” she told ABC. “We are also speaking with several production companies about following Jeremy’s foray into the entertainment industry.”

With bail set at $1.1 million for charges relating to gang crime and illegal gun possession, Meeks could certainly use the money. A GoFundMe campaign created by a woman claiming to be his mother has to date raised just over $5,000.

“He was on his way to work. With no gang affiliations as per two of the charges. He has old tattoos … which causes him to be stereotyped. He’s my son and I’m just trying to raise funds to help him in any way,” reads a plea on the campaign’s website. “Please help him to get a fair trial or else he’ll be railroaded.” 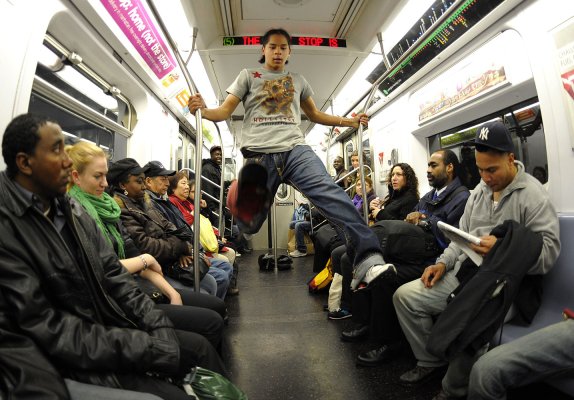