Militants from the al-Qaeda-inspired Islamic State of Iraq and Greater Syria celebrate the group's declaration of an Islamic state in Fallujah, Iraq, on June 30, 2014
Associated Press
By Melissa Hellmann

The threat of Islamic extremism is a growing worry among people in the Middle East, according to a new survey.

Frequent suicide bombings and the rise of the militant Islamic State of Iraq and Greater Syria (ISIS) were concerns cited by many of the 14,244 people across 14 countries with large Muslim populations surveyed by the Pew Research Center.

Notably, the study was conducted from April 10 to May 25 — before ISIS had even seized the Iraqi city of Mosul — and the subsequent declaration of an Islamic state straddling the Iraqi-Syrian border may have further increased these tensions.

In Lebanon, anxiety about extremism among Christians, Shia Muslims and Sunni Muslims rose 11 percentage points since 2013 to 92% of the population currently. Respondents in Jordan and Turkey, which both border war-torn Syria, shared similar concerns. In Jordan, these fears grew 13 percentage points to 62% in just two years.

The study also showed a drastic decline in support for Islamist groups Hamas, Hizballah, al-Qaeda and Boko Haram. A sweeping majority had unfavorable opinions of al-Qaeda, particularly among Christians, Muslims and Jews in both Israel and Lebanon. The Taliban — which has a base on the border of Afghanistan and Pakistan — is opposed by 59% of the population in Pakistan. Hizballah is also generally disliked throughout the Middle East, peaking in Egypt, Turkey and Jordan where at least 8 in 10 people were opposed.

Suicide bombings remain a divisive subject. Although the act has lost popularity throughout the Middle East in recent years, “significant minorities of Muslims in a few countries do hold the view that it can be justified,” according to the report.

While suicide bombings have dropped throughout the Middle East, the study revealed that support in Nigeria grew by 11 percentage points since last year — although 61% of Nigerian Muslims still agree that it is not a justifiable method of defending Islam. A majority of the Nigerians surveyed also opposed Boko Haram, a terrorist group that has recently been spotlighted for kidnapping hundreds of schoolgirls. 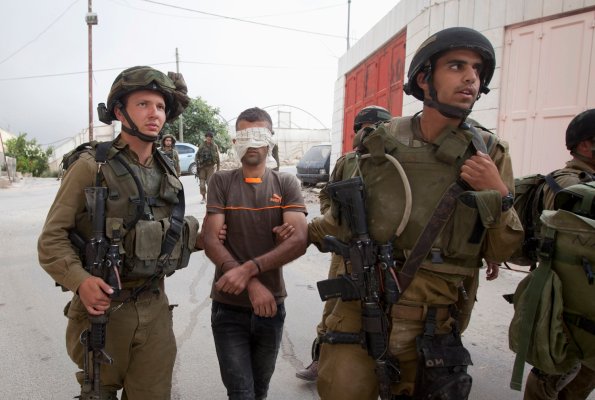 Palestinians Warn Israel That Crackdown on Hamas May Backfire
Next Up: Editor's Pick