Chinese authorities in Hong Kong have arrested over 500 protesters who took part in a sit-in to demand electoral freedom, in the city’s Central district in the early morning hours of Wednesday.

The demonstration, held on the anniversary of China’s resumption ofsovereignty of the former British colony in 1997, was described by some as the largest such rally in a decade, the BBC reports. Tens of thousands of protestors joined a massive march to push for democracy.

Police said 511 people were arrested Wednesday for unlawful assembly and preventing police from carrying out their duties, according to the Associated Press.

Organizers claimed that about half a million people participated, while police placed the number at closer to 100,000.

After a march earlier in the day, hundreds of protesters staged a sit-in in the central financial district, which police deemed “unauthorized,” leading to the arrests.

Facing annual protests by locals, Beijing has promised to introduce universal suffrage in Hong Kong by 2017, though how that will be implemented remains to be seen. 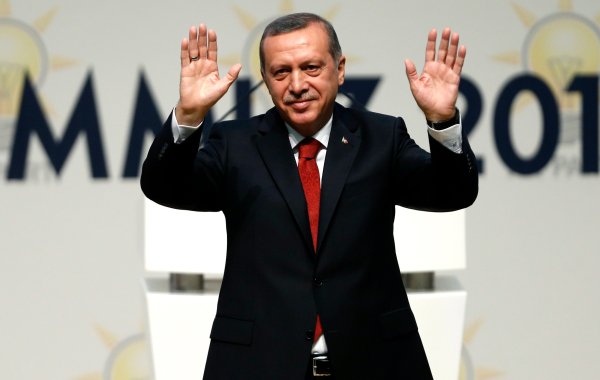