The dancers who use New York City’s subway cars as a performance venue for flashy moves that include flipping, spinning and hanging upside-down, seem to be fighting a losing battle against the city’s cops.

The New York City Police Department has made 182 arrests for reckless endangerment thus far in 2014, compared with 40 arrests in the first half of 2013. It’s part of NYPD commissioner Bill Bratton’s “broken windows” approach to policing, which takes on a series of smaller quality of life matters in hopes that it will reduce more serious crime.

Though there have been no injuries reported this year, dancers often engage in stunts just inches away from passengers’ faces. Depending on the passenger, the performance is either a fun addition to a grueling commute, or a nuisance from which they cannot escape.

With reporting by Justin Worland 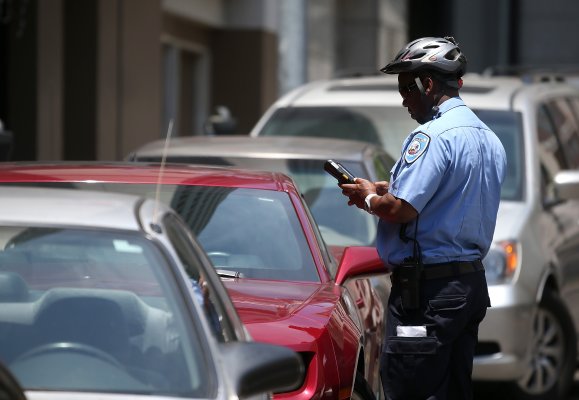 Public Parking in San Francisco Is Not For Sale
Next Up: Editor's Pick