President Barack Obama joined the World Cup-watching bandwagon at a viewing party in the Eisenhower Executive Office Building at the White House Tuesday afternoon. Obama led about 200 White House staffers in a chant of: “I believe that we will win!” after entering to watch the game around halftime.

“So I was worried that if I walked in and Belgium scored, I’d get in trouble — oh no!,” quipped Obama.

According to White House Press Secretary Josh Earnest, Obama had been meeting with his national security team around the game’s start time.

While Obama was watching at the Eisenhower Building, reporters at the White House had a viewing party of their own going: 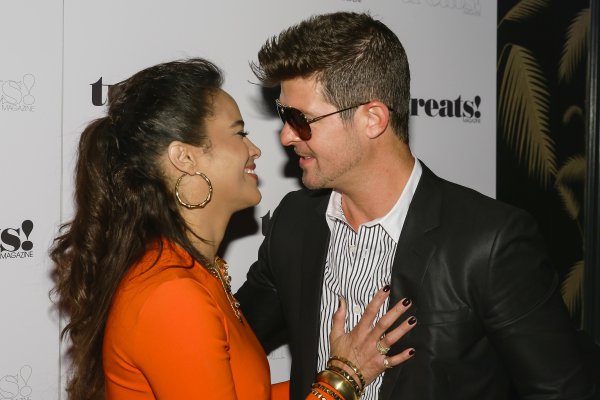 How to Get Your Ex Back Without Being as Creepy as Robin Thicke
Next Up: Editor's Pick