Ramadan Day 5: 'You Are What You Eat'

Gazaian vendors sell foods being in demand prior to the iftar, the evening meal when Muslims break their fast at the time of sunset during the holy Ramadan month, in Gaza, on July 1, 2014.
Anadolu Agency—Getty Images
By Sohaib N. Sultan

In Islamic spirituality, the locus of God’s remembrance is to be found in the metaphysical heart within the human being. Keeping this heart safe, sound and pure as a home for God’s remembrance is of paramount importance. There are seven passageways that must be guarded to this heart: the eyes, ears, tongue, hands, feet, stomach and sexual parts.

Like most spiritual and religious traditions, Islam prescribes for its followers a set of dietary laws that govern the passageway of the stomach. These laws can seem arbitrary, but they are, actually, based on a systematic understanding of spirituality and ethics.

To summarize, when it comes to dietary laws – as well as many other aspects of Islamic sacred law – the premise is that everything is permissible unless it isn’t. In other words, permissibility is the assumption, unless scripture or a scripture-based wisdom exists for its impermissibility.

The impermissibility of intoxicants is based on an ethical principle that the human mind and intellect should be preserved at all times and in all situations in order for the human being to engage in critical moral thought and decision making. How many times do we hear of wrongs that are committed under the influence of alcohol, for example, with often devastatingly tragic consequences? Most people who become intoxicated or addicted to intoxicants never intend to lose their mind – it just happens slowly. As such, any amount of intoxication is impermissible in the sacred law. Spiritually, the mind is one of the key passageways to knowing and contemplating God. So when the mind is altered, one of the passageways to God is also potentially cutoff.

It is impermissible to consume the blood of animals because of the ethical principle to avoid harm. Diseases carried by animals are often found in their blood system, so avoiding consumption of blood is just to prevent physical harm to the human being. Spiritually, the sense is that the taste of blood opens up human’s predatory instincts, which could cause the soul to incline toward aggression and other such undesirable traits.

Pork is impermissible, actually, for quite a similar reason. Islamic dietary law, generally speaking, only allows the consumption of herbivorous animals. The idea, again, is to avoid the characteristics that come with predatory animals. Herbivores, by contrast, tend to be gentle animals, and acquiring gentleness as a character trait is praiseworthy. Pigs are omnivores, meaning they will eat plant and other animals.

Many of these teachings are congruent with the idea that “you are what you eat.” So, Muslims are asked to take very seriously what they put in their stomachs. Interestingly, whenever the Qur’an speaks of permissible consumption (halal) it attaches the term pure and wholesome (tayyib) to its permissibility clause – meaning that what we consume should not only meet the test of permissibility, but should also be good and beneficial – spiritually and physically – for us.

As Muslims in America develop the halal standard, I hope that there will be as much emphasis on the wholesomeness of food as there is on its permissibility. And that this will, in turn, be a positive contribution toward the cultural revolution around food in this country. 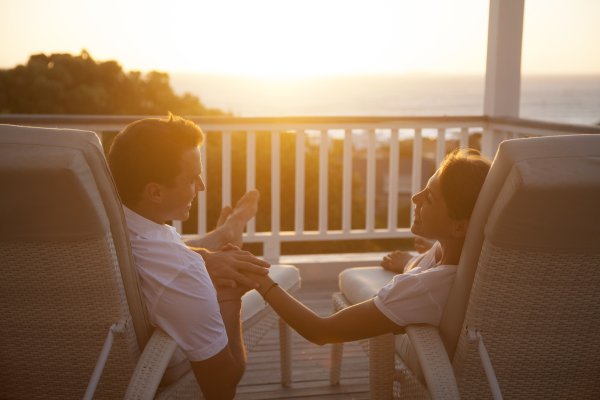 Here’s the Schedule Very Successful People Follow Every Day
Next Up: Editor's Pick