The United States has a new World Cup ally against Belgium: Waffle House.

In advance of Team USA’s Tuesday match against Belgium, the breakfast chain has gone to extensive lengths on Twitter to clarify that they do not—and will not—serve Belgian waffles.

The patriotic message was retweeted over 17,000 times as of this writing. And the Georgia-based restaurant chain did not stop there, continuing to tweet clarifications that they have never served Belgian waffles. It’s also cheering along the American soccer team ahead of its do-or-die match.

Waffle House was not alone in denying any Belgian connection. Beer company Budweiser, which is owned by a company based in Belgium, tweeted a video featuring an American bald eagle and a cheerleader in red, white and blue.

America faces off against Belgium in Brazil at 4 p.m. ET Tuesday. 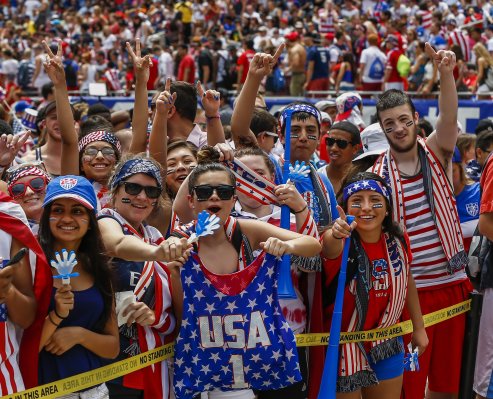 Everything You Need to Know About the USA-Belgium World Cup Match
Next Up: Editor's Pick