VIDEO: Exclusive Footage of the Beatles' Reaction to A Hard Day's Night

When the film A Hard Day’s Night premiered in London on July 6, 1964, it wasn’t the first time that its stars — the Beatles — saw the film, but it was definitely better than that earliest viewing. The movie is best remembered for its opening sequence of crazed fans chasing the Fab Four through the streets, but its stars also recall that seeing their own faces on the big screen wasn’t exactly a comfortable experience. Even though they were already bona fide stars, they were still getting used to seeing their faces at such scale — and A Hard Day’s Night, which arrived just weeks after they had made a splash on the Ed Sullivan Show, was their first film.

In this exclusive clip, the Beatles — minus John — describe what it was like to watch A Hard Day’s Night in early screenings versus with an audience, and their hopes that future Beatles movies would be even better than the now-classic comedy is. The clip is from In Their Own Voices, which pairs audio of the band talking about the movie during their 1964 American press tour and behind-the-scenes footage; it’s part of the bonus material from the Criterion Collection’s new 50th-anniversary edition of the movie. The film has been restored from the original negatives with the approval of director Richard Lester, and the soundtrack has been remixed and remastered for modern sound systems.

And now Beatles fans can have the same big-screen-Beatles experience that’s discussed in the clip: in honor of the anniversary, the movie is being re-released in theaters on July 4 in its newly restored condition. (There’s a list of theaters at the website of the distributor, Janus Films.) 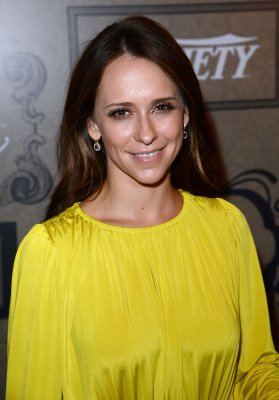 Jennifer Love Hewitt Joins the Cast of Criminal Minds
Next Up: Editor's Pick