President Barack Obama revealed White House plans for an executive order that would ban job discrimination on the basis of gender identity among federal employees.

Obama’s announcement Monday fell during a White House reception celebrating LGBT Pride Month. His remarks follow previously announced plans to also sign an executive order that would prohibit federal contractors from employee discrimination on the basis of gender identity or sexual orientation. Federal employees are already protected on the basis of sexual orientation.

“The majority of Fortune 500 companies already have nondiscrimination policies to protect their employees because it’s the right thing to do and because many say it helps to retain and attract the best talent,” Obama said. “And I agree. So if Congress won’t act, I will.”

Transgender people experience disproportionate rates of discrimination in the workplace, and only 37 percent of Americans live in an area of the U.S. that protects employees on the basis of gender identity, according to the National Center for Transgender Equality. 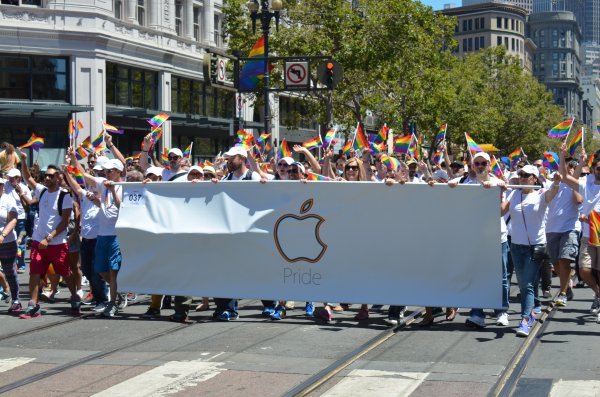