Hillary Rodham Clinton speaks at Afternoon of Conversation during the 2014 Aspen Ideas Festival at the Aspen Institute on June 30, 2014 in Aspen, Colo.
Leigh Vogel—Getty Images
By Zeke J Miller

Former Secretary of State Hillary Clinton condemned the Supreme Court’s decision on Hobby Lobby’s challenge to the Obamacare contraceptive-coverage mandate. The ruling that closely held corporations can deny birth control coverage to their employees on religious grounds, she said, is “a really bad slippery slope.”

In an Facebook Live interview with former TIME editor and Aspen Institute president and CEO Walter Isaacson at the Aspen Ideas Festival, Clinton said she found the implication that “a closely held corporation has the rights of a person when it comes to religious freedom” to be “deeply disturbing.”

“It’s very troubling that a sales clerk at Hobby Lobby who needs contraception, which is pretty expensive, is not going to get that service through her employer’s health care plan because her employer doesn’t think she should be using contraception,” Clinton said. “We’re always going to argue about abortion. It’s controversial. And that’s why I’m pro-choice, because I want people to be able to make their own choices.”

Justice Anthony Kennedy’s concurring opinion that the government could simply step in to offer free contraception coverage to the affected women drew skepticism from Clinton.

“So does this mean whoever wrote that concurrence is in favor of a single-payer system for contraception?” Clinton asked.

She also warned that companies may soon try to roll back coverage for treatments like blood transfusions. “I mean, this is a really bad slippery slope,” she said.

Clinton defended her husband, former President Bill Clinton, who signed the Religious Freedom Restoration Act, which underpinned the court’s decision, saying that the legislation had been intended for a different purpose and was a product of another time.

“Bill signed [the act] in the ’90s, because at that point there were legitimate cases of discrimination against religions,” she said. “The people who wanted to build a church or a synagogue or a mosque in a community, and they fit into the zoning but the community was saying ‘we don’t want one of those in our community.’ You know, that was blatant discrimination on the basis of religion.”

Religious freedom for corporate entities, Clinton added, is “certainly a use that no one foresaw, and Justice Ginsburg makes that very clear.” Justice Ruth Bader Ginsburg wrote a sharply worded 35-page dissent on the Hobby Lobby ruling. 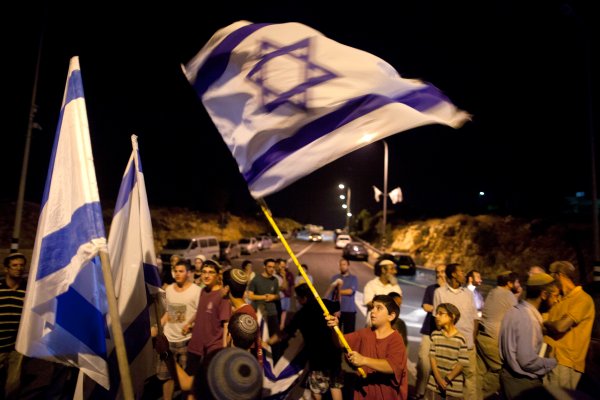 Israel Likens Hamas to ISIS
Next Up: Editor's Pick