It’s been three years since the Institute of Medicine (IOM) came out with its comprehensive look at vaccine safety. That’s enough time to generate dozens more studies investigating side effects and risk of conditions such as autism and cancer that keep some parents from vaccinating their children against potentially lethal diseases like mumps, measles and pertussis.

Since 2011, when the IOM issued its report, 67 new studies that included proper follow up periods and control groups have emerged. So the Agency for Healthcare Research and Quality requested an updated review of the data on vaccine safety, this time including data on previously unstudied immunizations against pneumococcus, rotavirus, Hib and inactivated polio virus vaccines in addition to the well-studied ones.

MORE: How Safe Are Vaccines?

Overall, the researchers, led by Margaret Maglione at the RAND Corporation, report in the journal Pediatrics that most of the childhood immunizations are safe, with only a few associated with rare adverse effects. The group found that the MMR vaccine, which some parents believe raise the risk of autism, does not increase the risk of the developmental disorder. They did find moderate evidence that rotavirus vaccination can cause twisting of the bowels in a small number of children, but the condition can be treated.

“We need to keep doing this,” says Dr. Carol Baker, executive director of the center for vaccine awareness and research at Texas Children’s Hospital, of the study updates. “We can’t just sit still and rest on prior information.”

MORE: 4 Diseases Making a Comeback Thanks to Anti-Vaxxers

Increasingly, she says, pediatricians are spending more time discussing vaccines and vaccine safety with confused or hesitant parents. That’s a different scenario from the days of the polio epidemic, when parents were lining their children up to get them vaccinated against the paralyzing disease. “The major reason the safety of vaccines has become more of an issue recently is that many of the diseases they prevent have pretty much disappeared,” says Baker, who also served as chair of the Centers for Disease Control’s Advisory Committee on Immunization Practices, which makes recommendations about which vaccines children should get, and when. “So this is a very needed report.”

It’s especially helpful as more parents are either skeptical about vaccines, and need reassurance that getting their children is the safe, and responsible thing to do, or are adamantly convinced that vaccines do more harm than good. Many pediatricians have alerted their patients that they won’t see children whose parents won’t get them vaccinated since they could pose a risk of passing on disease to their other patients, including infants under six months old who can’t get vaccinated because their immune systems are still too undeveloped to respond properly to the shots, and children whose immune systems are compromised because of cancer or other conditions. The American Academy of Pediatrics doesn’t advise that its members refuse patients, but some pediatricians believe it’s the only way to protect the children they see. “Pediatricians have to have a conversation about risks and benefits of vaccines,” says Baker. “So we need to keep looking at the studies and the data. Vaccines are good, and disease is bad, and the risk-benefit ratio is favorable for all vaccines. This new study gives reassurance that that’s true.” 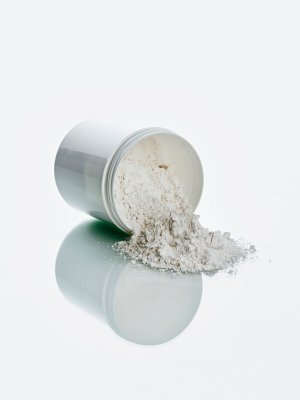