The Supreme Court Ruled in Favor of Patriarchy, Not Democracy

Supporters of employer-paid birth control rally in front of the Supreme Court before the decision in Burwell v. Hobby Lobby Stores was announced June 30, 2014 in Washington, DC.
Chip Somodevilla—Getty Images
By Soraya Chemaly

On Monday morning, the Supreme Court delivered a severe blow to women in the United States when it ruled that “closely-held” corporations, such as Hobby Lobby, can refuse to provide insurance coverage for birth control based on owners’ religious beliefs. Liberal Justices Stephen Breyer, Elena Kagan and Sonia Sotomayor partially joined Justice Ruth Bader Ginsberg in a 35-page dissent against the majority decision of the five conservative, male justices.

That the Court ruled this way should surprise no one. What should surprise, however, is the continued expectation that we overlook patriarchal religious fundamentalism, its collusion with constitutional “originalism” and its discriminatory expression in our political system.

Most analyses of this case will parse the law and, in doing so, make no challenges to two fundamental assumptions: 1) that the law and the Court are both “neutral” to begin with and 2) that we should not question the closely held religious beliefs of judges and politicians, even when those beliefs discriminate openly against women. This is a judgment. And judgments come from norms. And norms are based on people’s preferences. The Court is made up of people who have beliefs, implicitly or explicitly expressed.

In the practice of many religions, girls’ and women’s relationship to the divine are mediated, in strictly binary terms, by men: their speech, their ways of being and their judgments. Women’s behavior, especially sexual, is policed in ways that consolidate male power. It is impossible to be, in this particular case, a conservative Christian, without accepting and perpetuating the subordination of women to male rule. It is also blatant in “official” Catholicism, Mormonism, Evangelical Protestantism, Orthodox Judaism and Islam.

The fundamental psychology of these ideas, of religious male governance, does not exist in a silo, isolated from family structures, public life or political organization. It certainly does not exist separately from our Supreme Court. Antonin Scalia, for example, makes no bones about his conscientious commitment to conservative Catholic ideals in his personal life and the seriousness of their impact on his work as a judge. There are many Catholics who reject these views, but he is not among them. These beliefs include those having to do with non-procreational sex, women’s roles, reproduction, sexuality, birth control and abortion. The fact that Scalia may be brilliant, and may have convinced himself that his opinions are a matter of reason and not faith, is irrelevant.

What is not irrelevant is that we are supposed to hold in abeyance any substantive concerns about the role that these beliefs, and their expression in our law, play in the distribution of justice and rights. They are centrally and critically important to women’s freedom, and we ignore this fact at our continued peril.

Ninety-nine percent of sexually active women will use birth control at some point in their lives. The Court’s decision displays the profound depth of patriarchal norms that deny women autonomy and the right to control our own reproduction—norms that privilege people’s “religious consciences” over women’s choices about our own bodies, the welfare of our families, our financial security and our equal right to freedom from the imposition of our employers’ religious beliefs. What this court just did was, once again, make women’s bodies, needs and experiences “exceptions” to normatively male ones. This religious qualifier was narrowly construed to address just this belief and not others, such as prohibitions on vaccines or transfusions. It is not a coincidence that all three female members of the Court and only one man of six dissented from this opinion.

While there are hundreds of bills and laws regulating women’s rights to control their own reproduction, I’m not aware, after much looking, of any that similarly constrain men or tax them unduly for their decisions. As a matter of fact, we live in a country where more than half of our states give rapists the right to sue for custody of children born of their raping and forcible insemination of women. Insurance coverage continues to include medical services and products that help men control their reproduction and enhance their sexual lives.

As Ginsburg outlined in her dissent, the costs that this decision will accrue to women are substantive. The argument that employers shouldn’t pay for things they don’t believe in is vacuous. Insurance benefits are part of compensation. Even if you reject that notion, it is clear that we all pay for things we don’t like or believe in through our taxes and, for employers, through insurance. That’s how insurance and taxes work—except when it comes to women and their bodies. That’s sexism.

That we live with patriarchy is evident. That this dominance is and always has been the opposite of democracy is not to most people. SCOTUS’ decision is shameful for its segregation of women’s health issues and its denial that what should be valued as “closely held” in our society is a woman’s right to make her own reproductive decisions. American women’s equality continues to be undermined by the privileging of religion in public discourse.

Soraya Chemaly is a media critic and feminist writer whose work focuses on the role of gender and sexualized violence in culture, politics, religion and free speech. You can find her at @schemaly. 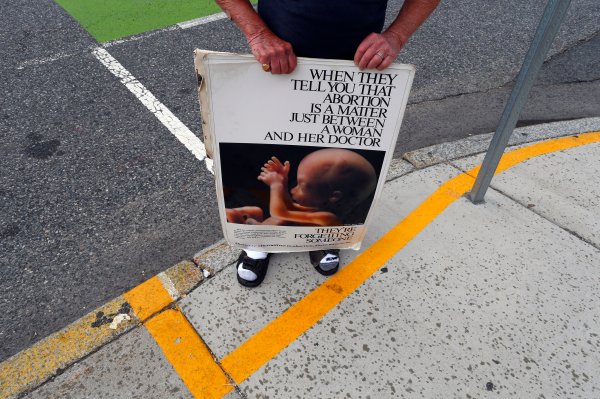 Supreme Court Doesn't Understand What It's Like to Be a Woman in This Country
Next Up: Editor's Pick