Susan Sarandon Wore Prosthetic Cankles for Tammy, and They Were Liberating

Susan Sarandon knows that it can be risky for an actress to mess with her appearance. “If you’re a woman and you gain weight for a part and you look really terrible, the business is more concerned about hiring you than when a guy does it,” she tells TIME. “I mean, people do sometimes have a lack of imagination and just think, ‘Oh wow, she’s really changed.'”

But when Melissa McCarthy and Ben Falcone asked her to play McCarthy’s grandmother, Pearl, in their new road-trip comedy, Tammy (out July 2), Sarandon’s concern wasn’t that it was dangerous to go gray as a grandmother — even if, in reality, McCarthy is less than 25 years younger than she is. Sarandon did the math and decided the role was age-appropriate: if Pearl had her daughter as a teen mom, and her daughter was a teen mom too, the character of Tammy could easily be 30 — “I mean, [McCarthy]’s not playing 40; she looks about 4,” Sarandon jokes — and Pearl could still be younger than Sarandon, who’s about to be a grandmother in real life.

Sarandon’s bigger concern was whether how exaggerated the grandma-ness would be. If Pearl were all about facial hair, little glasses and a funny voice, she says, she worried the extras would distract viewers from the personhood of the character. When it became clear that McCarthy and Falcone had in mind to keep the character realistic, despite the crazy situations she gets into, Sarandon signed on. And the Pearl costume ended up relatively minimal, relying heavily on three sets of prosthetic “cankles,” for different degrees of the swollen ankles that figure into the movie’s plot; minimized eyebrows and eyelashes; peppercorns in her shoes for when the character’s feet were supposed to be hurting; and a grandma-approved wardrobe.

“If you put on a pair of baggy, high-waisted, under-your-breasts, elasticized jeans, it does change your outlook,” Sarandon says. “But she could be 70, and I’m almost 68. Pearl has just led a very aging, hard life and doesn’t have the advantage of my makeup and hair people.”

It’s not news that aging in the real world and aging in Hollywood are different, though both can be tough. For Sarandon, playing the former wasn’t all bad, as it meant that she didn’t have to waste any energy worrying about her appearance while she did her job. “It’s very liberating, actually, to not ever be looking at what you look like,” she says. “You hope that whenever you���re working your makeup and hair people are catching things and you don’t have to pay attention, but certainly I’m aware. I can’t help after all these years to be aware, if you’re being badly lit from above or if the camera is at your knee, but in this instance that helped everything.”

In the real world and in movies alike, Sarandon thinks it’s important to show people who are old enough to be grandparents doing more than sitting around at home. “You can’t suddenly just decide, Oh God, I’m old, because then you certainly are old. And age — I don’t want to say age is a number because that’s a really silly expression,” Sarandon says. “There are so many women who are my age and older who are so vital and engaged and creative and still working. That’s why all these young kids are having problems in the workplace, because people are not retiring.”

And that means showing those people who have a lack of imagination that playing a gray-haired grandmother doesn’t mean an actress is looking for “old lady” parts — and it certainly doesn’t mean wearing grandma pants forever. “I’m very aware,” Sarandon says, “that I’m glamming it up for the premiere.” 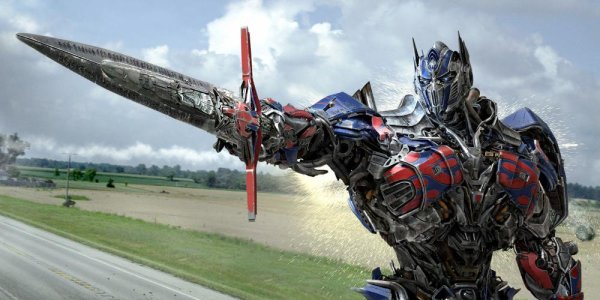 Box Office: Did 'Transformers 4' Really Open to $100 Million?
Next Up: Editor's Pick