How Google and Apple Plan to Invade Your Next Car

Just plug in your phone.

That simple step is how Apple and Google will shave years off the process of getting their software into automobiles. Instead of trying to bake iOS and Android into car makers’ infotainment systems, the two tech giants have come up with a workaround: You just plug in whatever phone you have, and send the software to the car by wire.

We’ve known for a while now that Apple was going this route with CarPlay. As announced in March, users will connect their phones to supported vehicles through a Lightning cable, and a specialized version of iOS takes over the center screen. You can then ask Siri for directions, put on some music, make a phone call through the car’s speaker system or dictate a text message. It’s supposed to be just as safe as any in-car dashboard–and much safer than looking down at your phone while driving.

Last week, Google announced a similar system called Android Auto. Instead of using a Lightning cable, it uses MicroUSB. Instead of speaking to Siri, you use Google voice search. Instead of Apple Maps for directions, you get Google Maps. Both Apple and Google are also soliciting app developers so that certain apps on your phone–such as your favorite streaming music service–will show up in the car.

Naoki Sugimoto, Senior Program Director for Honda’s Silicon Valley Lab, told me during Google’s I/O conference that it can take five years to develop a new car. But since Android Auto doesn’t involve specialized hardware, Honda has figured out how to quickly integrate Google’s software.

“These are mostly software features, so the way we work is to try to decouple software architecture from hardware architecture,” he said. “So this way, in the five-year process, we can wait until the last moment to put a new feature into the production schedule.”

And here’s the kicker: Android Auto and Apple CarPlay are similar enough in their underlying architecture that some auto makers–including Honda and Volvo–are planning to support iOS and Android at the same time. So at least in some vehicles, you won’t have to pledge allegiance to a single platform when you buy your car.

The plug-in system doesn’t just provide more choice for users. It also allows auto makers to retain some control over the dashboard, and frees Google and Apple from having to support things like FM radio, climate control and Bluetooth connectivity. For all those things, you’d still use the car’s built-in system. But when you want your car to be a little smarter, you’ll just bring along your cable of choice–MicroUSB or Lighting–and plug in the phone you’ve got. (Both Google and Apple are letting auto makers decide how the car’s native systems should integrate with Android Auto and CarPlay. Google is also letting auto makers add some of their own features to Android Auto, such as vehicle diagnostics and roadside service requests.)

The trade-off is that performance can be a little laggy–at least that was the case in my Android Auto demo at Google I/O last week–and you’ll always have to take the phone out of your pocket to use Android Auto or CarPlay. Maybe someday we’ll see a system that connects wirelessly to your phone while still providing the entire Android or iOS interface, but doing so today would cause a huge hit on the phone’s battery life. I imagine people will still rely on Bluetooth connectivity some of the time, even if it means having no apps and no on-board navigation.

I haven’t tried CarPlay yet, but I spent some time in a Honda demo car with Android Auto at Google’s I/O conference this week. In short, it looks like a much safer way to listen to music, make phone calls and get directions while driving. Both Apple and Google claim that their software will start showing up in cars later this year; I’m looking forward to when plugging in your phone is as common as popping in a CD once was. 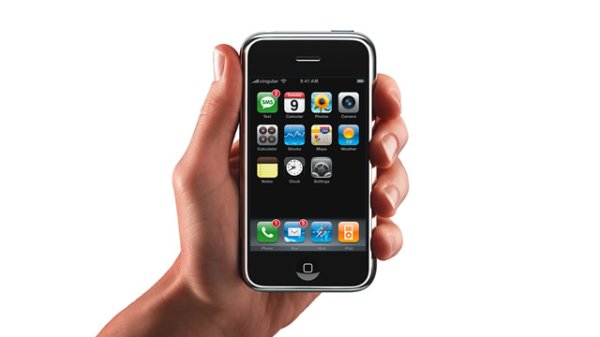 Video: As the iPhone Turns 7, Some Fun Facts About the Original
Next Up: Editor's Pick