President Barack Obama said Monday that he’ll use his executive authority to curtail deportations of illegal immigrants and shift law enforcement resources to the border to help deal with a surge in unaccompanied minors trying to enter the United States.

“Our system is so broken, so unclear, that folks don’t know what the rules are,” Obama said at the White House.

The announcement came with Congress deadlocked over comprehensive immigration reform. House Speaker John Boehner said last week that his chamber would not hold a vote on the Senate-passed immigration reform package this year. Boehner’s opposition to the Senate-passed bill was hardly new. Immediately after the Senate voted he said the House would have its own piecemeal effort to consider reform. But that process has stalled in a divided Republican conference.

“I held off on pressuring them for a long time to give speaker Boehner the space he needed to get his fellow Republicans on board,” Obama said. “For more than a year, Republicans in the House of Representatives have refused to allow an up or down vote on that senate bill or any legislation to fix our broken immigration system.

“Instead they’ve proven again and again that they are unwilling to stand up to the Tea Party to do what is best for the country,” Obama added. “The worst part of it is that a bunch of them know better.”

Boehner said in a statement he had spoken to Obama about this last week. “I told the president what I have been telling him for months: the American people and their elected officials don’t trust him to enforce the law as written. Until that changes, it is going to be difficult to make progress on this issue,” he said.

“The crisis at our southern border reminds us all of the critical importance of fixing our broken immigration system. It is sad and disappointing that – faced with this challenge – President Obama won’t work with us, but is instead intent on going it alone with executive orders that can’t and won’t fix these problems.”

A White House official said Obama “will direct the Secretary of Homeland Security and the Attorney General to move available and appropriate enforcement resources from our interior to the border.” Meanwhile, Obama will order his team to develop a list of additional executive actions he can take by the end of the summer to curtail deportations of those in the U.S. illegally who do not pose a threat to public safety.

“Protecting public safety is and will remain a top priority, and we will continue to focus on removing those who have committed serious crimes from our interior, but we will redirect other resources to make sure we keep doing what it takes to keep our border secure,” the official said.

The election-year move is certain to be polarizing, with Democrats hoping a hard-line Republican response will cost the GOP with Hispanic voters in the fall. As late as last week the Obama Administration had claimed that the end of the primary election season created a “window” for the House to take up the Senate bill, a claim long rejected by Democrats and Republicans alike. Now that hope has eroded entirely.

“Their argument seems to be that because the system’s broken we shouldn’t make an effort to fix it,” Obama said of Republicans. “It makes no sense. It’s not on the level. It’s just politics, plain and simple.

“I don’t prefer taking administration action,” Obama added. “I would love nothing more than bipartisan legislation to pass the House and the Senate.”

Senate Majority Leader Harry Reid welcomed Obama’s announcement in a statement. “Speaker Boehner has made it absolutely clear that he won’t lift a finger to fix our broken immigration system so President Obama is right to protect families from being torn apart.”

But Republican National Committee chairman Reince Priebus accused the Obama administration of abusing the executive order. “President Obama’s reactionary response does not solve the root problem of our broken immigration system and the American people simply don’t trust him with two in three Americans disapproving of his handling of immigration,” he said. “It’s disturbing that this President believes he can be a one man legislative branch when it comes to our immigration laws.”

Obama has been under pressure for months from immigration activists to immediately use his executive authority to curtail deportations, with Janet Murguia, the president of the National Council of La Raza, declaring Obama the “deporter in chief” earlier this year for the fast pace of illegal immigrant deportations under his watch. Republicans, meanwhile, are still fuming over Obama’s “deferred action” program, announced months before his reelection in 2012, which encouraged prosecutorial discretion to prevent the deportations of so-called DREAMers who were brought to the United States illegally as minors by their parents.

To deal with the influx of unaccompanied minors, the White House said Sunday it is preparing to ask Congress for more than $2 billion to improve border security, house, feed, and clothe detainees, and expedite the process of removing them to their home countries. Meanwhile top administration officials are meeting with Central American leaders to try to slow the flood of arrivals. 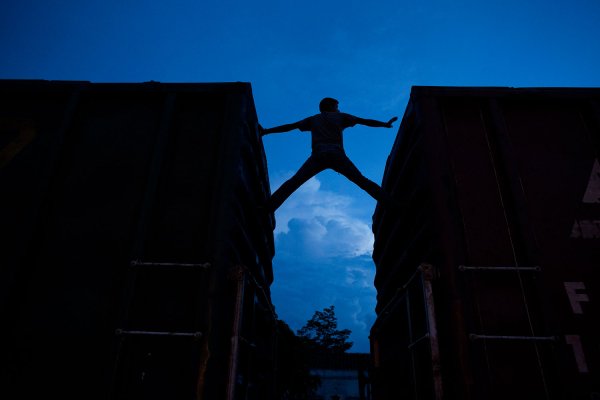