4 Powerful Things Con Men Can Teach You About Persuasion

Frank Abagnale impersonated Pan Am pilots and doctors, traveled the world and scammed people for millions.

How can some people be so incredibly persuasive?

Looking at what’s been written by and about con men, it’s not because their marks are dumb.

I’ve posted many times about the psychology and techniques of persuasion (even interviewing the influence master himself: Robert Cialdini.)

So what can we learn about convincing people from those who do it most brazenly: con men?

I’m not teaching anyone to be evil. But we need to understand what works at the highest level: those who survive due to influence.

This is what Bob Cialdini did in his groundbreaking book about influence: he studied used car salesmen, multi-level marketers and other less savory characters who needed the most effective methods.

So what four ethical tips can we take away from a study of the scams and cons of grifters?

You think of con men as smooth talkers but just as the psychological research recommends, they bond with others by listening.

Via Social Engineering: The Art of Human Hacking:

Social Engineering: The Art of Human Hacking is a book about the methods computer hackers use.

But these tricks don’t involve tech. This is how hackers fool people into giving up their passwords.

What’s the book say? Pay attention, provide proof you’re listening, don’t interrupt, repeat what they said in your own words…

This is the same set of methods that FBI hostage negotiators use tobuild rapport.

What about with the old school con men? Same techniques.

They’re called “confidence men” for a reason. They exude confidence, gain your confidence and then exploit that trust.

Now some of this is plain thrill-seeking fearlessness on their part.

Afraid of asking your boss for a raise? Frank Abagnale took the helm of a 747 — and he didn’t know how to fly a plane.

I’m not suggesting you give that a shot.

But we’re often too cautious and not realistic about the downside of failure — usually all we face is embarrassment.

Research shows confidence — real or not — is extremely powerful.

Don’t project confidence to lie and steal but think about what you do on job interviews and first dates.

We all need to overcome our irrational doubts and fears to be our best. “Fake it until you make it” is powerful.

(More about the psychological techniques used by Navy SEALS to develop fearlessness here. And here is how to be more confident.)

The author of Social Engineering was busted with a full set of lockpicks, bump keys and hacking tools. What got him out of it?

It identified him as a security professional. And nobody knew he had printed it himself.

Via Social Engineering: The Art of Human Hacking:

How did Frank Abagnale fly around the world on Pan Am planes while only in his late teens? Simple. He got a uniform.

Don’t fake who you are. But there’s a lesson here for all of us.

Often we think about proving we’re right by the facts but we really don’t consider the actual shorthand most people use to determine “truth.”

They don’t get formal verification; they trust business cards and uniforms.

Don’t neglect to do the simple things that project trustworthiness even if they are, in reality, less accurate.

Social proof is one of Cialdini’s six fundamental principles of influence. Don’t ignore it.

How did Frank Abagnale research his Pan Am pilot impersonation?

He called Pan Am pretending to be a student.

Across so many professions — legal or otherwise — we see the best work very very hard at what they do.

(More on effective work habits and becoming an expert at anything here.)

For more tips on persuasion from scientific research and experts in the field, check out:

For more helpful tips, join 45K+ other readers and get my free weekly update via email here. 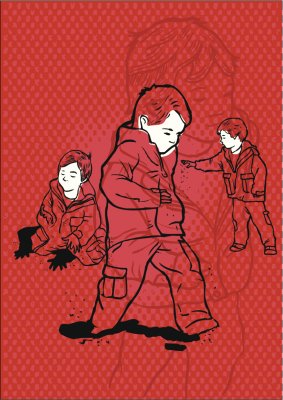 How to Motivate Yourself: 3 Steps Backed By Science
Next Up: Editor's Pick