Anti-abortion demonstrators cheer as the ruling for Hobby Lobby was announced outside the U.S. Supreme Court in Washington on June 30, 2014.
Jonathan Ernst—Reuters
By Kate Pickert

When the Supreme Court ruled Monday that some corporations could opt out of providing insurance coverage for contraception, the abortion rights group NARAL Pro-Choice America characterized the decision as “a slippery slope with no end.” But a close look at the ruling reveals that the five justices who supported it tried hard to limit the decision’s scope. Here’s why the 5-4 ruling means less than you might think:

The ruling only applies to “closely held” corporations

According to the IRS, a company is closely held if five or fewer people own more than half the corporation. A family-owned private business like Hobby Lobby qualifies, but most publicly traded for-profit corporations do not. Some critics of the decision point out that more than 90% of all corporations in the U.S. are “closely held,” but a significant portion of these are so small they are not subject to the Affordable Care Act’s mandate that’s the subject of the Hobby Lobby case anyway. The so-called employer mandate says companies with 50 or more workers must provide health insurance.

Women who work for Hobby Lobby had, and still have, full insurance coverage for most types of birth control

Although the Supreme Court ruling opens the door for closely held companies to make other future objections based on religious beliefs, Hobby Lobby’s individual position is less extreme than many believe. The company objects to paying for morning-after pills and inter-uterine devices, but freely provides insurance that covers tubal ligation, birth control pills, condoms, diaphragms and contraception delivered via a patch or ring inserted into the cervix. More than 80% of all contraception users in the U.S. rely on these methods.

The Supreme Court ruling means Hobby Lobby does not have to pay for contraception it objects to on religious grounds, but the federal government is free to provide such coverage, and could easily do so. When the Obama Administration said in 2012 that large nonprofit religious institutions like Catholic hospitals and colleges did not have to provide birth control coverage, it created a mechanism for insurers to provide the coverage without the employers paying premiums to support it. Such compromises have characterized the Administration’s approach to balancing religious liberty with the Affordable Care Act’s rules on birth control and abortion coverage. But there are some circumstances that remain unclear. In a case still pending in the courts, a nonprofit religious organization, Little Sisters of the Poor, has refused to sign a form that would essentially allow it to opt out of providing birth control coverage so that another entity could provide it instead. Doing so, the group says, is akin to signing “a permission slip” for birth control and abortion. It seems unlikely that Monday’s ruling will settle the issues in that case; the Supreme Court could rule on it next term.

The court appeared to rule out using the Hobby Lobby decision to argue in the future that employers can object to covering drugs, devices, treatments and procedures not related to birth control

In the majority opinion, Justice Samuel Alito wrote, “This decision concerns only the contraceptive mandate and should not be understood to hold that all insurance-coverage mandates, e.g., for vaccinations or blood transfusions, must necessarily fall if they conflict with an employer’s religious beliefs.” 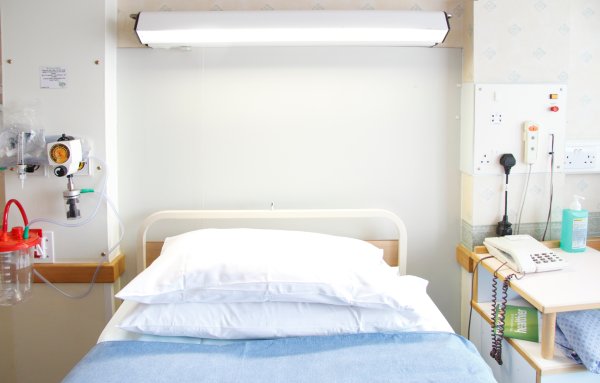 Health Care Spending On The Rise
Next Up: Editor's Pick