In a blow to the oil and gas industry, the New York state Court of Appeals in Albany ruled Monday that cities have the authority to ban hydraulic fracturing in oil and gas drilling, or fracking.

The decision is a victory for anti-fracking activists while Governor Andrew Cuomo weighs whether or not to lift a six-year-old statewide moratorium on the controversial practice.

The Court of Appeals, the highest court in New York state, dismissed two lawsuits brought by oil and gas firms against the towns of Dryden and Middlefield, two small, rural communities in New York that instituted fracking bans after extraction firms started exploring for natural gas deposits in the area.

Environmental advocates around the country have raised concerns about the potential impact of fracking—in which underground explosions release trapped oil and gas deposits—including pollution of groundwater resources, heavy traffic and road use in rural areas and a possible increase in earthquakes.

But oil and gas firms reject claims that fracking pollutes groundwater or can trigger strong earthquakes, and note that advances in the technology have sparked a fossil fuel boom in the U.S. in recent years, boosting the economy and giving the U.S. increased energy security. Only a decade ago the U.S. faced the prospect of increasing demand and dwindling resources, a situation that has completely reversed thanks to the boom in oil and gas extraction.

The New York towns sit atop the Marcellus Shale, a natural gas rich geological formation that sits under parts of New York, Pennsylvania, Ohio and West Virginia. Like other gas-rich formations, including the Permian Basin in West Texas and the Bakken formation in Montana and North Dakota, the Marcellus has seen a tremendous uptick in oil and gas drilling in recent years. 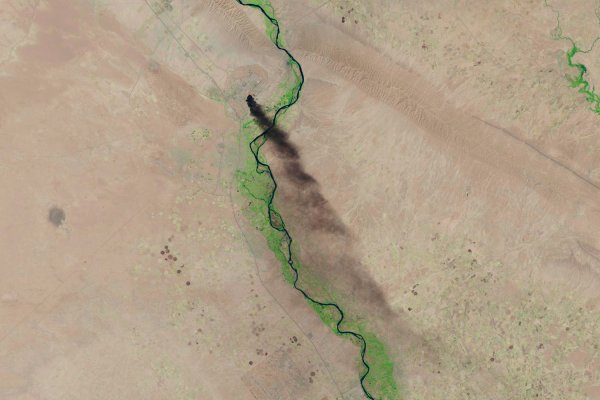 U.S. Oil Could Rescue Iraq
Next Up: Editor's Pick