Kareem Abdul-Jabbar: Soccer Will Never Be a Slam Dunk in America

Has the time finally come to slap a Do Not Resuscitate bracelet on soccer’s prospects for popularity in America?

If it were up to me, the answer would be no, because soccer players are among the strongest, fittest, most strategic athletes in the world. But, for various reasons, the sport itself does not seem destined for the popularity that supporters have been predicting for the last decade. I’m reminded of the end of Man of La Mancha, when Don Quixote lies dying, but is suddenly inspired to rise once more and proclaim, “Onward to glory I go!” And then he drops dead. Soccer has been proclaiming this impending U.S. glory for years, and while there are signs of life in the body, the prognosis is not good.

The problem with those statistics is that it’s like using the ratings of bobsledding during the Winter Olympics to declare a new renaissance for bobsledding in America. The World Cup, like the Olympics, happens every four years, so the rarity factor alone will account for inflated ratings. For a more realistic view of its popularity as a professional sport, we need to look at how many people watch on a regular basis. Major League Soccer (MLS) averages a mere 174,000 viewers (compared to the NBA’s average of 2 million and NFL average of 17.6 million), while their equivalent to NBA Finals, the MLS Cup, averaged only 505,000 viewers.

The MLS points out that more people on average attend one of their games (18,807) than attend either NHL (17,455) or NBA (17,408) games. While that may be true, the reasons for that appear to be pretty simple: cheaper tickets and fewer teams playing fewer games. Add that to the fact that comparatively few people watch it on TV, and you have a sport that produces much less revenue than other major American sports. Like it or not, in the end that is the measure of a sport’s popularity.

The obvious question is why hasn’t soccer taken off in the U.S. as it has throughout most of the rest of the world? After all, youth soccer has exploded over the past few decades. In 1974, only 103,432 youth were registered players. In 2012, registered players amounted to over three million. In all, 13 million Americans play soccer (compared to 26.3 million who play basketball). When you look at those figures, you notice that twice as many people play basketball as play soccer, yet ten times as many people watch basketball on TV. This is important because the more people watching a sport translates into more people wanting to play that sport. That’s the money-making cycle. Watch. Play. Repeat.

Is there something fundamentally different about watching soccer that turns people away by the millions? Apparently so. For one thing, there’s a lot of movement but not much action. American audiences see people kicking the ball to a teammate, only to have it intercepted by the other team. A lot. To the average American used to the hustle of basketball, the clash of titans in football, the suspense of the curve ball in baseball, or the thrilling crack of the slapshot in hockey, the endless meandering back and forth across the soccer field looks less like strategy and more like random luck. It lacks drama. Of course, that’s not true at all, but that is certainly the perception.

Why aren’t those millions of youth soccer players since 1974 watching? Perhaps another perception is that it is a kid’s game. Kids get to run around, kick something, and generally wear themselves out to the gratitude of parents. Parents who dutifully and diligently attend their kids’ games don’t seem inclined to tune in to professionals on TV.

Soccer is counting on the growing U.S. Latino population to raise its popularity. Between 2002 and 2012, the Latino population increased from 13.3% of the U.S. population to 17%. I’m certain that will be a factor, but perhaps not a huge one — this ling of thinking doesn’t account for children seeking more traditional American sports in order to assimilate. As many parents will attest, some children refuse to follow in their parents’ sweaty sneakers.

Finally, soccer doesn’t fully express the American ethos as powerfully as our other popular sports. We are a country of pioneers, explorers, and contrarians who only need someone to say it can’t be done to fire us up to prove otherwise. As a result, we like to see extraordinary effort rewarded. The low scoring in soccer frustrates this American impulse. We also celebrate rugged individualism, the democratic ideal that anybody from any background can become a sports hero. We like to see heroes rise, buoyed by their teammates, but still expressing their own supreme individual skills. Certainly soccer has its celebrated stars, from Pele to Beckham, but those skills seem muted on TV where we’re often looking at small figures on a large field and therefore these feats appear less impressive than they really are. In football, basketball, baseball, and hockey, team effort is rewarded with points and individual greatness is as instant and immediate as a one-handed snagged football pass, a three-pointer from the corner, stealing home base, or a snap-shot of the puck into the goal.

Clearly, there are many dedicated soccer fans in the U.S. They play the sport, they watch the sport, they love the sport. But that group, though slowly growing, is not nearly enough to overcome the traditional favorites. To do that, it’s not enough that you’re as good as one of the popular sports, you have to bring something better. More excitement. More skill. More entertainment. For most Americans, soccer just doesn’t do that. And once the World Cup is over, soccer in the U.S. will return to its sick bed and dream of glory.

Abdul-Jabbar is a six-time NBA champion and league Most Valuable Player. Follow him on Twitter (@KAJ33) and Facebook (facebook.com/KAJ). Abdul-Jabbar also writes a weekly column for the L.A. Register. 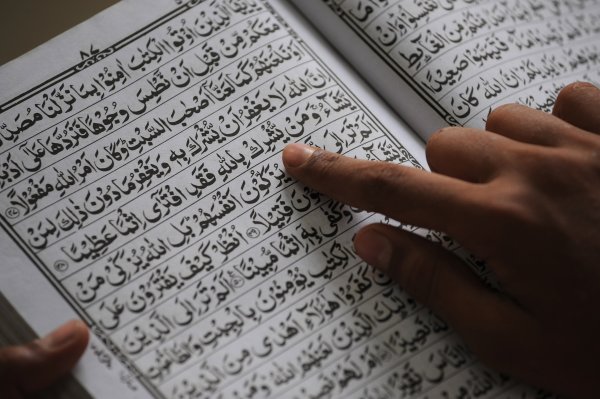