What the GSK Sex Tape Says About Surveillance in China

A Glaxo Smith Kline signboard outside their facilities in Shanghai on July 25, 2013. GlaxoSmithKline expects its performance in China to take a hit from Beijing's probe into bribery allegedly carried out by senior staff
AFP—AFP/Getty Images
By Hannah Beech

Years ago, when my husband and I were living in Shanghai, a crew of men came to change the smoke-alarm battery in our bedroom. It seemed a lot of people to change a single battery, and they took their time about it. The leader of the battery-changing brigade was a man in a dapper pin-stripe suit. The smoke alarm was above our bed.

The men, all but one in uniforms from our apartment building yet unfamiliar to us, eventually departed. We had a lunch to get to, so we too left a few minutes later. As we walked out the back door of our apartment building, we saw the suited gentleman riding away in a black Toyota Crown, then considered the favored car of the Public Security Bureau. For several nights, my husband and I stared up at that alarm, wondering whether it was doing more than just sensing smoke.

This past weekend, the Sunday Times reported that a video of unknown provenance had circulated showing a British pharmaceutical executive having very friendly relations with a Chinese woman. Mark Reilly is the former China head of GlaxoSmithKline, the British pharmaceutical company that has been accused by Beijing authorities of bribery involving nearly $500 million. Reilly has been barred from leaving China and charges against him made in May potentially carry a long prison sentence. Other foreign pharmaceuticals have also been targeted in graft probes, presumably part of a nationwide anticorruption sweep by China’s President Xi Jinping.

The sex video, according to the Sunday Times, was “filmed clandestinely in Reilly’s Shanghai flat, [and] was sent by email to senior Glaxo staff including the chief executive Sir Andrew Witty.” The film clip accompanied one of many anonymous emails alleging financial impropriety at Glaxo — emails that were, in some cases, sent to a Chinese regulatory agency as well as company officials. The British newspaper reported on speculation that a Chinese ex-Glaxo employee might have been linked to these whistle-blowing missives but no proof has turned up in the public sphere.

Surveillance — or the threat of surveillance — is a constant in China. As a journalist, I may be more interesting to the powers that be than some other foreigners here. But other expat friends who’ve been followed, hacked or otherwise tracked in China include diplomats, NGO staff and businesspeople. Also, artists and academics.

Sometimes, the scrutiny can yield helpful consequences. A diplomat in China remembers commenting to his wife in his then nearly empty apartment that they were out of toilet paper. A few minutes later, there was a knock on the door and a bearer of new rolls arrived.

In most instances, it is in no way reassuring to have your email auto-forwarding mysteriously activated or to be tailed by a black Audi while on assignment in the Chinese countryside. Nor are foreigners the only ones subject to such treatment. The days of communist neighborhood-committee grannies poking their noses into residents’ sex lives may be over, but it’s hard to feel completely private in China. Each Chinese citizen still has a dedicated personal file kept by local authorities. The contents are supposed to be secret but a friend who once gained accessed to hers found, among other things, an old high school paper and a copy of a letter from an ex-boyfriend.

As for the smoke alarm, my husband and I eventually paid it no heed. You can’t be on guard all the time or you’ll end up paranoid. Besides, we weren’t hiding anything. Like other foreign reporters, if I work on a sensitive story involving, say, dissidents, I’ll take precautions. But otherwise, my daily life proceeds without incident or spy-sparring guile — no matter who may be watching. 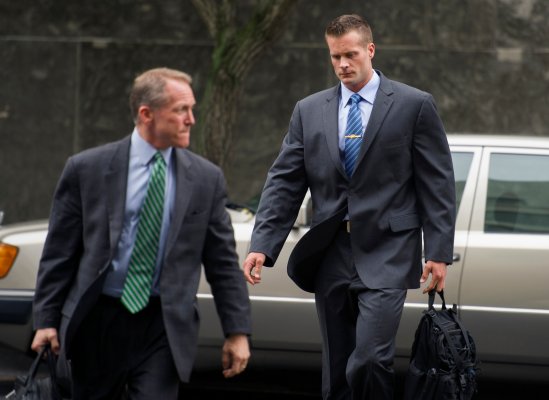 Blackwater Alarms Sounded Before 2007 Shooting
Next Up: Editor's Pick