A Central American migrant practices scaling parked boxcars as he awaits the arrival of a northbound freight train in Arriaga, Mexico, on June 19, 2014.
Rebecca Blackwell—AP
By Nolan Feeney

The White House will ask Congress on Monday for more than $2 billion to address the increasing number of unaccompanied minors traveling from Central America and illegally crossing the border into the U.S., a White House official said.

It will also ask Congress’s help in increasing penalties for human traffickers and expanding the Department of Homeland Security’s discretion in processing unauthorized arrivals.

The exact details and dollar amounts are still being finalized, but the official said the request will likely exceed $2 billion as the Obama Administration ramps up the federal response to a pattern of unaccompanied minors attempting to cross the border into the U.S.

Over 52,000 unaccompanied children have been apprehended along the southwest border since Oct. 1 last year, up from only 15,700 in 2011. The majority are not from Mexico, but from Central American countries such as Honduras and Guatemala.

The surge has reportedly been prompted by widespread rumors in Central America that the Obama Administration permits mothers with young children and young children crossing the border alone to stay in the U.S if they are detained.

Obama attempted to counter those rumors in an interview with ABC News on Sunday. “Do not send your children to the borders,” he said. “If they do make it, they’ll get sent back. More importantly, they may not make it.”

The Department of Justice and the Department of Homeland Security are adding extra immigration attorneys and personnel and opening additional facilities in the Southwest to better handle the influx. The government response will involve both detention of immigrants as well as the Alternatives to Detention program.

The two departments are also expanding the personnel investigating the smuggling rings that organize border crossings, and they are collaborating with Mexican and Central American law-enforcement bodies to address causes, issues of border security and immigrants’ re-entry to their home countries from all sides.

On Tuesday, U.S. Secretary of State John Kerry will also meet with leaders of Honduras, Guatemala and El Salvador to discuss the matter. 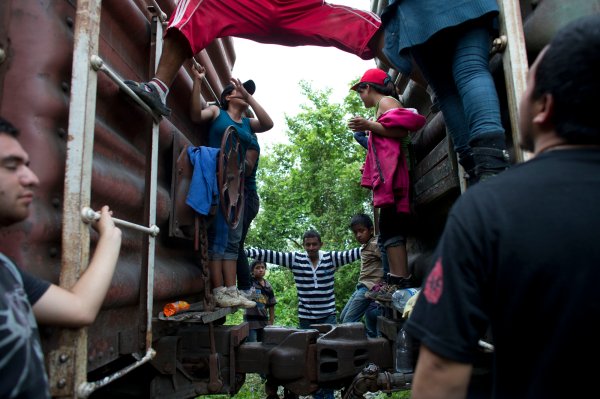