Pablo Escobar was one of the most menacing and wealthy criminals the world’s ever known: At the peak of his power in the late ’80s and early ’90s, Escobar’s cartel brought in around $60 million every day. With the money he earned—in 1989, Forbes estimated his net worth at around $3 billion—Escobar created a luxurious estate, Hacienda Nápoles, on about 7.7 sq. miles of land 200 miles north of Bogotá, Colombia.

Nowadays, Nápoles is a theme park; after Escobar’s death the government expropriated the land, which housed, among various other luxuries, a private zoo with exotic animals. Because the cost of maintenance was too steep for the Colombian government to reasonably manage, they decided to disperse the animals to zoos around the country. The illegally-smuggled hippopotamuses, however, remained.

Over the years those hippos have multiplied in the idyllic conditions the region provides, and they’ve been sighted as far as 155 miles away from Nápoles. This is a problem: Despite their blobby appearance, adult hippos are hugely dangerous. In fact, they’re the most dangerous wild mammals in the world, killing around 500 people per year. For Colombia, it’s a time bomb. So what’s to be done?

There are a few possible solutions, enumerated by William Kremer over at the BBC: relocation, captivity, castration, and having the locals eat them. It’s a knotty problem, one that Kremer says “in some ways resembles the complex attitude Colombians had towards Pablo Escobar himself.” 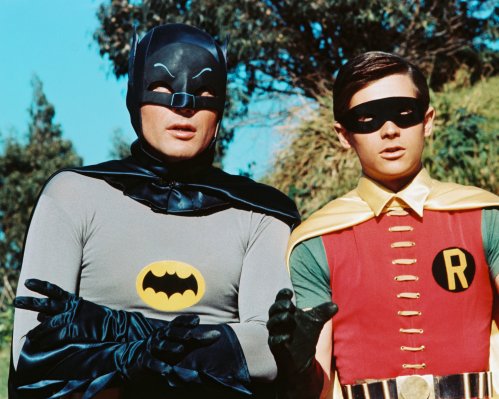 Man Disguised as Batman Tries (and Fails) to Rob Elderly Woman
Next Up: Editor's Pick