Amy Adams Gives Her First-Class Seat to a Serviceman

Amy Adams has class — even if it means flying coach. The 39-year-old Oscar nominee gave up her first-class seat on a Friday flight for a U.S. serviceman.

Accounts of the seat swap were posted to Twitter by fellow passengers flying to Los Angeles from Detroit. “When we were waiting to board, I saw her glance the soldier’s way and then she said something to the person she was traveling with,” said Jemele Hill, co-host of ESPN’s Numbers Never Lie, who was also on the flight. “Before we took off she had vacated her seat and the flight attendant brought the soldier to her seat.” Hill’s tweet about the star’s selfless act has since gone viral:

Just saw actress Amy Adams do something incredibly classy. She gave her 1st class seat to an American soldier. I'm an even bigger fan now.

Adams then sat in the serviceman’s original economy-class seat, where a fellow passenger snapped a selfie with the American Hustle actress.

Told @InsideEdition why Amy Adams was classy for giving up her 1st class seat to the soldier sitting next to me! :) pic.twitter.com/qAcxif2kvz

A flight attendant told Hill that the 2014 TIME 100 honoree chatted with the serviceman at the front of the plane. As a possible explanation for the actress’s kindness, one of Hill’s followers tweeted that Adams was raised on a military base because her father was a serviceman. 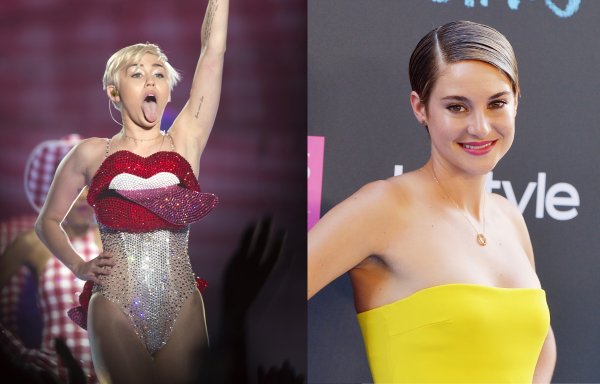 Shailene Woodley: Parents Should Stop Freaking Out About Miley Cyrus
Next Up: Editor's Pick