Kentucky Republican Sen. Rand Paul condemned during a little-noticed interview what he described as his party’s eagerness to engage in international conflict, arguing that Jesus Christ “wasn’t really involved in the wars of his days.”

“Part of Republicans’ problems and, frankly, to tell you the truth, some in the evangelical Christian movement I think have appeared too eager for war,” Paul, a likely 2016 presidential candidate, told the Christian Broadcasting Network. “I think you need to remember that [Jesus] was the ‘Prince of Peace.’”

The April 2013 interview was getting renewed attention Friday after it was highlighted by the website Mother Jones. Paul’s more non-interventionist foreign policy has made him an enemy of Republican foreign policy hawks but a favorite of libertarians.

David Limbaugh, the brother of conservative talk-radio host Rush Limbaugh, was among the conservative commentators who expressed dismay at the remarks Friday.

“I pray there’s some explanation,” he wrote on Twitter. 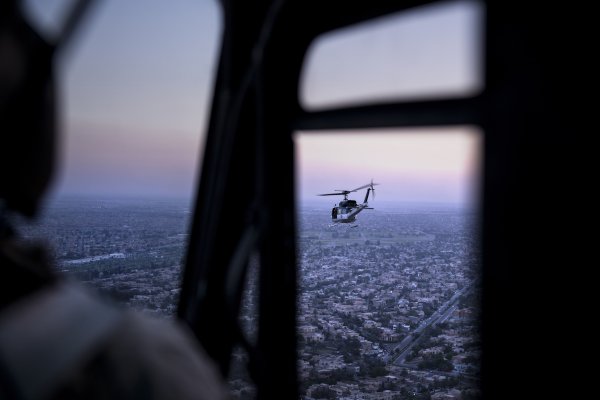 Armed U.S. Drones Are Flying Over Baghdad
Next Up: Editor's Pick