U.S. health officials say the nasal spray flu vaccine is more effective than a traditional shot for children ages 2 to 8.

The Advisory Committee on Immunization Practices, a group of experts that makes recommendations to the Centers for Disease Control for which vaccines children and adults should get, voted to recommend the spray over the shot late Wednesday. The panel said studies show children who had the spray are half as likely to get the flu as those who had the shot.

So far, there is only one nasal spray flu vaccine available — AstraZeneca’s FluMist, which was approved in 2003 for people ages 2 to 49.

The spray differs from the needle-based vaccine in another important way — it’s made from a live, weakened influenza virus, while the shot drums up an immune response using killed virus. Studies have shown the spray can lead to a stronger immune response in children who have not had the flu before, but the same may not hold true for adults.

Not everyone agrees with the panel’s recommendation, however. The American Academy of Pediatrics, the nation’s largest pediatric group, does not think any one vaccine should be given preference for kids, since both are effective. One concern they cite is the fact that FluMist is typically more expensive than the flu shot, according to the Associated Press. AstraZeneca’s product costs about $23 while shots range from $8 to $22.

Other experts say that the spray isn’t for everyone. “Some kids can’t take the mist, namely those with compromised immune systems and kids with asthma, who could have a respiratory response,” Marc Siegel, an associate professor of medicine at NYU Langone Medical Center in New York City, told HealthDay. “So when in doubt, get the shot.”

The committee’s advice, which government pubic health officials usually follow, also comes too late for the upcoming flu season in the fall. Doctors have already ordered their vaccine doses, so if approved, most pediatricians won’t be able to follow the advice until next year.

Still, according to the AP, AstraZeneca may have anticipated the decision and made more of the spray for the coming flu season. The company will manufacture 18 million doses to distribute globally, up from 13 million made for the U.S. last year, Kathleen Coelingh, the company’s senior director of U.S. medical affairs told the news agency.

While not everyone agrees on the panel’s advice, public health experts do agree on the fact that every child should be immunized. If the nasal spray is not immediately available, children should get the flu shot so that they do not miss or delay an opportunity to get vaccinated. 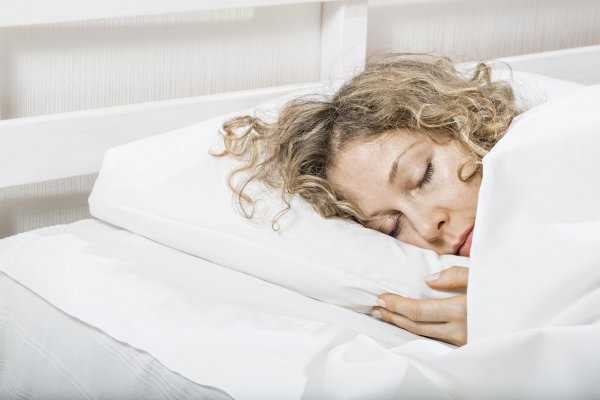 14 Ways to Live a Longer, Healthier Life
Next Up: Editor's Pick