Veterans Affairs Needs to Get a Clue About PTSD Treatment

Iraq war veteran Zach Choate, 26, leads a group of veterans to a rally on the steps of Russell Building to call for a end to the redeployment of troops who have diagnosed with Post Traumatic Stress Disorder (PTSD). Choate was redeployed while still recovering from wounds inflicted by an IED.
Tom Williams—CQ-Roll Call,Inc.
By C. Bartley Frueh and Sally Satel

Both the Departments of Defense and Veterans Affairs spend huge sums every year to treat post-traumatic stress disorder: $294 million and more than $3 billion, respectively, in 2012. But does the treatment help? According to a new congressionally mandated, 300-page report from the Institute of Medicine, neither the Pentagon nor the VA—the two agencies responsible for providing PTSD treatment to soldiers and veterans—have a clue.

The investigating committee found “spikes of excellence in both departments,” said its chairman, Sandro Galea of Columbia University’s Mailman School of Public Health. It also identified “tremendous variability in how care is implemented and an absence of data that tell us if programs are working or not.” Overall, the modest data that do appear in the IOM report are not particularly encouraging.

Members of the expert panel visited some of the VA’s Specialized Intensive PTSD Programs, or SIPPs, which are inpatient or residential programs of up to four months. They reviewed the results of all 39 such programs during 2012 and found that, after four months of treatment, the average patient still qualified for a diagnosis of PTSD.

This isn’t entirely surprising. The VA learned in the 1990s that their 16-week specialty inpatient programs were ineffective, and closed them down. Under political pressure in the 2000s, they started them up again.

But there might be good news—if only we could demonstrate it. After all, the majority of PTSD patients in the VA are not treated in inpatient or residential settings, but as outpatients. Presumably, these patients are better off than those referred to intensive programs.

So how do they fare? Are they better able to benefit from state of the art cognitive-behavioral therapies, such as prolonged exposure and cognitive processing? Clinicians routinely use these interventions to good effect in treating PTSD among civilians. We have every reason to expect that, in most cases, these therapies–in conjunction with psychotherapy and couples or family therapy or medication—have indeed helped veterans.

In any case, the IOM says there are no data. Well, not quite. While not reliably collected across the entire VA health system, there is some tracking information on treatment outcomes. For several years, the VA has required clinicians in every VA medical center to complete a PTSD Checklist (PCL) for each patient every 90 days. The PCL provides a total symptom severity score.

This enables clinicians to track changes in symptoms and establish the optimal frequency of therapy sessions, according to Ron Acierno, former director of the PTSD Clinical Team at the Ralph H. Johnson VA Medical Center in Charleston, S.C. Acierno and his team conducted routine PCLs, though how consistently and completely the surveys were administered at other VA medical centers is unknown.

In medical centers that do comply with the VA mandate to collect PCLs, there may well be a small goldmine of data to be excavated. With this information, we could answer immediate questions about the improvement of veterans’ symptoms and functioning. We could begin to learn what kinds of outcomes we see for younger veterans of the post-9/11 era and Vietnam veterans whose wartime experience is now several decades ago. Yes, Vietnam veterans are very much in the picture as new PTSD patients. One out of every three new patients in 2012 in the VA’s specialized PTSD programs was a Vietnam-era veteran, according to the IOM–even though they last saw military service decades ago.

We could also examine differences in response to treatment between active duty personnel and veterans. Our colleagues tell us, impressionistically, that men and women still in the service are, in general, more motivated than the patients they have treated in the VA. That’s because the culture of the military mental health system aims to help soldiers resume participation, while the VA’s current disability policies often reinforce illness roles and inadvertently pose disincentives to work and recovery because compensation is contingent upon the severity of PTSD.

In establishing PTSD Awareness Day, the Senate resolved to “help ensure that those suffering from the invisible wounds of war receive proper treatment.”

In some, though not all VAs, they do. Now the mission is to ensure quality care is widespread, and to learn whether treatment is helping, who benefits most (and least) and why. Veterans with PTSD deserve the best care possible; accountability is critical to seeing that they get it.

C. Bartley Frueh is chair of the social sciences division at the University of Hawai‘i at Hilo. Sally Satel is a resident scholar at the American Enterprise Institute. Both are former VA clinicians. 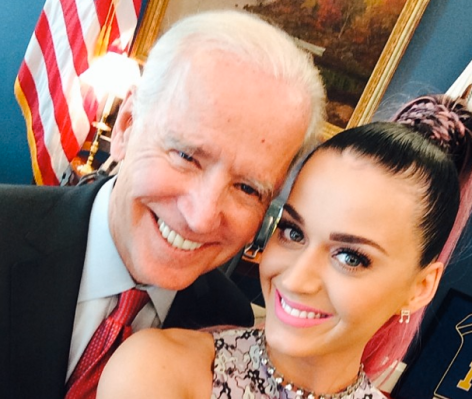 Katy Perry and Joe Biden Took a Selfie
Next Up: Editor's Pick