Netflix’s Daredevil has found a best friend. Marvel announced Thursday that they had cast Elden Henson of Mighty Ducks fame in the role of Franklin “Foggy” Nelson, the best friend of Matt Murdock, a.k.a. Daredevil (played by Charlie Cox) for the series heading to Netflix next year.

“Elden plays one of the most important characters in the world of Marvel’s Daredevil, and we’re thrilled to see Foggy Nelson brought to life by such an incredibly talented actor,” Jeph Loeb, Marvel’s head of television, told The Hollywood Reporter in a statement. “He perfectly captures the heart and soul of this series, bringing an added resonance to Matt Murdock’s fight against the injustice in their great city.”

In addition to Cox and Henson, Marvel has also cast Rosario Dawson and Vincent D’Onofrio in the updated series about a New York City attorney who is blinded by radioactive substance that heightens his other senses.

Daredevil is one of five Marvel series headed to Netflix— along with Jessica Jones, Iron Fist and Luke Cage, as well as miniseries The Defenders — in what will be a massive partnership. Daredevil will be the first to debut, hitting the streaming service sometime in 2015. 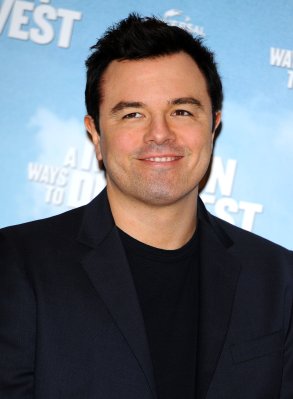 Seth MacFarlane's Donating Up To $1M to the Reading Rainbow Kickstarter
Next Up: Editor's Pick