How the U.S. Air Force Uses Twitter as a 'Force Multiplier'

A U.S. B-2 bomber and a pair of F-16s fly over South Korea last year.
Shin Young / AP
By Mark Thompson

You can think of tweeting as just a civilian thing, but the U.S. military embraces it, too. Lieut. General Stephen Wilson, commander of the Air Force’s Global Strike Command, explained Wednesday just how the U.S. let North Korea know last year it wasn’t pleased with its belligerence–like threatening nuclear strikes on the U.S.

Sure, it took 38 hours for four officers to fly a pair of B-2 bombers round-trip from Missouri to the Korean peninsula (the 13,000-mile, $2.1 million trip required a million pounds of jet fuel and five midair refuelings). Halfway through the mission, they dropped dummy 2,000-pound bombs on the Jik Do bombing range, on an island off South Korea’s west coast. But that’s old hat for the 25-year old B-2.

It turns out the Air Force’s real target wasn’t on the bombing range: it was at the Osan air base, just a little bit inland from where the bombs fell. After dropping their bombs, the B-2s turned east and, according to Wilson, 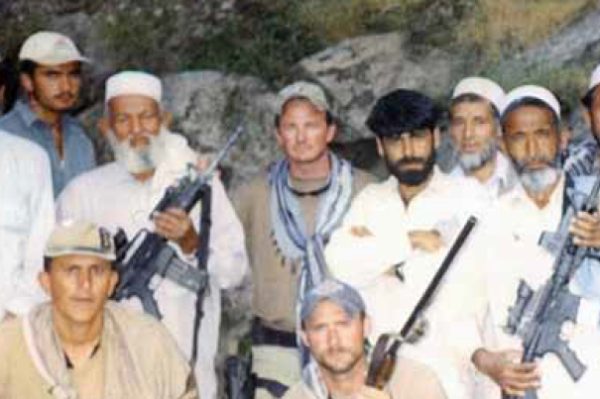 The Fall of the Green Berets’ Lawrence of Afghanistan
Next Up: Editor's Pick