President Barack Obama speaks about the situation in Iraq on June 19, 2014, in the Brady Press Briefing Room of the White House in Washington D.C.
Pablo Martinez Monsivais—AP
By Massimo Calabresi

Handing a victory to those who fear the executive branch has overreached in recent years, the Supreme Court has reined in the President’s power to appoint officers of the government when Congress is in recess. Weighing competing clauses of the constitution, the justices ruled Thursday that the President cannot circumvent the framers’ requirement that he seek the Senate’s advice and consent on executive branch appointments if Senators are only formally in recess for three days.

The ruling undermines hundreds of decisions made by the National Labor Relations Board in 2012 and for half of 2013, when the board comprised unconfirmed recess appointees. Those decisions will be revisited by the board that has since been confirmed by the Senate.

Nominally, the ruling is a win for Republicans who have made Obama’s use of presidential power a central plank of their mid-term election strategy. Sen. Orrin Hatch, the Republican former chair of the Senate Judiciary committee applauded “the Court’s willingness to stand up to President Obama’s flagrantly unconstitutional power grab,” while House Speaker John Boehner called the ruling a “victory for the Constitution, and against President Obama’s aggressive overreach.”

In fact, over the years, Republicans presidents have used recess appointments as often as Democrats. In 2013, the non-partisan Congressional Research Service found that Ronald Reagan had made 232 recess appointments, Bill Clinton had made 139, and George W. Bush had made 171. As of Jan. 2013, Obama had made 32. In that light, the ultimate effect of the Court’s ruling will be a slight shift in power to Congress from the executive branch.

Paradoxically, in recent years, Democrats have responded to Republican efforts to block Obama’s appointments by changing Senate rules to streamline the confirmation process. Last fall, Senate Majority leader Harry Reid forced through an ad hoc rule change effectively doing away with filibusters of all presidential appointments, except Supreme Court nominees—a dramatic move that curtailed the Senate minority’s ability to block presidential priorities. Reid said Thursday that thanks to that rule change, “today’s [Supreme Court] ruling will have no effect on our ability to continue ensuring that qualified nominees receive an up-or-down vote.”

By any ranking, America is one of the most free countries in the world. But particularly in recent years, as the 20th century threats of Communism, Fascism and National Socialism have faded, political discourse in the U.S. has tended toward apocalyptic predictions of democracy’s overthrow. Under George W. Bush, the left held that presidential signing statements threatened a fascist takeover of the country, while the right vigorously defended their use. Under Obama, the right sees the same presidential signing statements as an unconstitutional exercise of “king-like authority” while the left decries right-wing obstructionism.

The Supreme Court ruling Thursday on the fairly narrow issue of recess appointments is unlikely to placate either side’s concerns for long. House Speaker Boehner is set to bring an election-year law suit against the president next month in a self-described effort to “defend the Constitution and protect our system of government and our economy from continued executive abuse.”

–with reporting by Alex Rogers/Washington 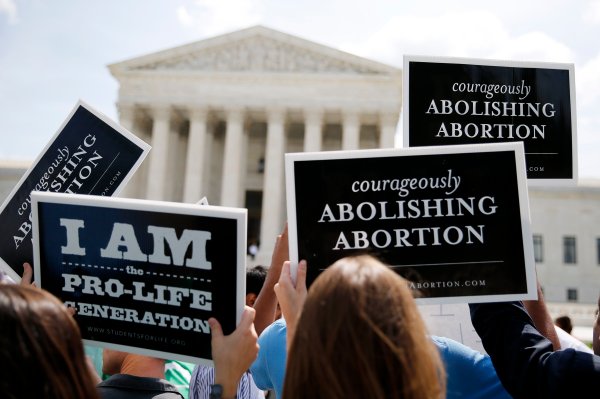