Though Maliki claimed he didn’t request Syria’s support, he said he “welcomed” any action against the insurgents, known as the Islamic State of Iraq and Syria (ISIS), who now control large parts of northern and western Iraq.

Syria’s strikes may displease U.S. Secretary of State John Kerry, who on Wednesday warned outside actors in the Middle East against intervening in Iraq.

“We don’t need anything to take place that might exacerbate the sectarian divisions that are already at a heightened level of tension,” said Kerry while speaking at a NATO summit. Kerry previously ruled out U.S. airstrikes in Iraq.

Syria’s bombings in Iraq have been interpreted as the two countries uniting over a common enemy, ISIS. ISIS, which is opposed to Syria’s President Bashar Assad as well as Iraq’s Maliki, controls territory in northern Syria in addition to the land it’s recently claimed in Iraq, which includes border crossings between the two neighboring nations.

Reports have also suggested that Iran is aiding Iraq’s government by sending military supplies and launching surveillance drones over the country. Iran has also reinforced its western border with Iraq.

The Iraqi government has been struggling to halt ISIS’ progress. The group is believed to be only an hour’s drive north of the capital Baghdad.

Facing the mounting military might of ISIS on top of growing political and diplomatic pressure internally and from allies, Maliki has announced plans to form a new government when parliament reconvenes in the capital next week. He has also purchased Russian warplanes as the U.S. has persistently delayed Iraq’s attempts to buy American fighter jets. 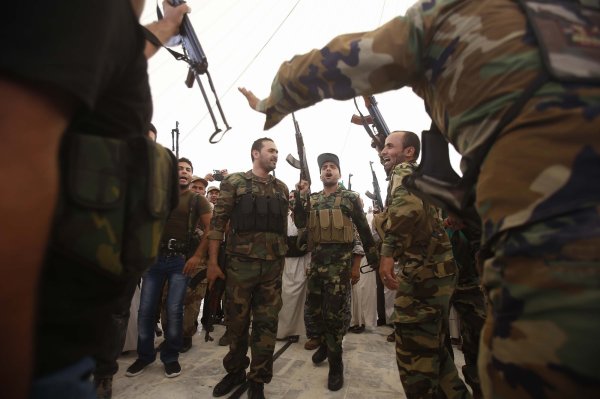