Five miles from the world’s largest rocking chair and just beyond a barbecue joint with bathrooms labeled his’n and her’n is a field piled high with slices of oak. Those staves belong to McGinnis Wood Products, a family cooperage in Cuba, Mo., whose barrels are in such high demand that the company has already turned away double the number of orders that it has the capacity to fill this year. “Years ago, me and Dad started traveling the country telling everybody this was coming,” says Don McGinnis, president of the business his father Leroy started in 1968. “Some people were just plumb rude about it. They thought we were hollerin’ wolf.”

Turns out they weren’t. America is in the midst of a “barrel panic,” says Kelvin Cooperage’s Paul McLaughlin, a result of the soaring worldwide demand for whiskey and a shortage of the wood for vessels necessary to age it. Thanks to Title 27 of the U.S. Code, American whiskeys like bourbon can be matured only in new, charred oak containers. Countries like China are expected to drink nearly 50% more U.S. whiskey by 2018. Also hot are Irish and Scottish whiskies, whose distillers have long imported used bourbon barrels to age their own firewater. Today they are facing increasing competition for secondhand containers from the fast-growing foodie market–epicures who want to impart some of bourbon’s sweet smokiness to everything from soy sauce to maple syrup.

The result has been a barrel-making boom, with the nation’s handful of coopers working harder than they have in years and new barrel brokers entering the business. “We’re the busiest we’ve ever been,” says Brad Boswell, a fourth-generation owner of Independent Stave Company in Lebanon, Mo., about 80 miles southwest of Cuba. “There’s this perfect storm.”

Inside Boswell’s factory, the scent of campfire-roasted s’mores fills the air–the result of the vanillin-and-sugar-rich white oak being charred. It’s a familiar smell at the country’s dozens of spirit-barrel makers, who rely on techniques passed down from generations of coopers before them.

In recent years, cooperages were hampered by another problem: the Great Recession hit the housing industry hard, thinning the supply of white oak (which coopers prefer for its watertight cells and the flavor it conveys). “The logs that have barrel-quality wood in them are a very, very small percentage of the hardwood forest,” Boswell says. With fewer timber mills and logging crews to harvest that wood, barrelmakers have suffered from a shortage of staves that is only now abating. Combined with a rainy season last year that made it hard for returning loggers to get their equipment into forests, the shortage has sent the wholesale price for a standard barrel to about $150, up from $100 a decade ago.

Among the customers willing to pay those prices–and sometimes hundreds more–are craft distillers and brewers. Though they represent a sliver of the market, the number of small-batch distillers has been growing 30% a year. Experimental companies feeding consumers’ taste for all things artisanal are not only aging whiskies in oak but also seeking barrels for light spirits like gin that traditionally go straight into the bottle, says American Distilling Institute president Bill Owens. Smaller cooperages that cater to the craft market are “almost upside down with orders,” he says. And so are big ones. Brown-Forman, which builds barrels for its Jack Daniel’s whiskey at its plant in Louisville, Ky., is opening a second, $60 million facility in Alabama this summer.

“There was a time when storage space was worth more than empty barrels,” says John Gill, the “chief barrel guy” at the Barrel Broker in Mequon, Wis. “Now we all have to fight for them.” 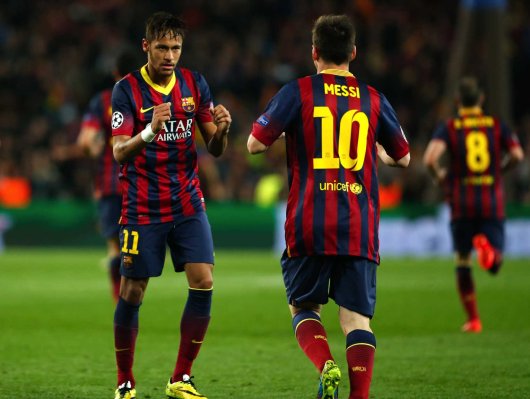 Messi vs. Neymar Has the Makings of a Classic World Cup Duel
Next Up: Editor's Pick