Congress finally debated an amendment to the Voting Rights Act on Wednesday, six months after it was introduced and exactly one year after the Supreme Court knocked down a key provision of the landmark civil rights law.

“I was hopeful that Senate Republicans would join me in supporting this important bill,” Sen. Patrick Leahy (D-Vt.), who chairs the Senate Judiciary Committee, said during a committee hearing Wednesday. “Despite repeated efforts, I am troubled to report that as of this hearing, not a single Senate Republican has stepped up to the plate.”

The Voting Rights Act Amendment of 2014 was introduced in response to the Supreme Court’s 2013 decision striking down a section of the VRA that required certain states and localities to get permission from the Department of Justice before changing voting rules because of their history of voter discrimination. While the landmark law had been renewed with bipartisan support for years, Democrats are struggling to bring Republicans on board to give the law new strength after the Supreme Court ruling—something that became abundantly clear minutes into Wednesday’s hearing.

While Leahy recalled how he felt when the Supreme Court “gutted” the Voting Rights Act, Sen. Chuck Grassley (R-Iowa), the committee’s ranking GOP member, said the court’s decision was justified.

“All it did,” Grassley said Wednesday, “was strike down a formula, some 50 years old.”

Grassley, and other Republicans on the committee noted that other sections of the Voting Rights Act still stand and are currently being enforced in several states—including in Texas, where the Department of Justice has filed a lawsuit against the state under Section 2, which bans voting practices that impact people based on their race, color, or language.

Senators from southern states mocked the idea of continuing to require some states to get permission from the Justice Department, known as “pre-clearance,” just because of voting discrimination that took place in the past.

“What justifies singling out a select number of states for some sort of special treatment?” Sen. Ted Cruz (R-Texas) asked, noting that in his home state, black voter turnout was higher than white turnout during the 2012 election. Cruz said the turnout was proof that Texas, along with many other southern states with a history of racial discrimination, has evolved.

But Democrats say discrimination still exists and that voters still need the protection provided by the pre-clearance provision, known as Section 5. Ten of the 15 states that were covered by the now-defunct section have introduced restrictive voting legislation since the ruling, according to the Brennan Center for Justice. Some states moved to put previously rejected laws in place shortly after the Supreme Court decision.

Sherrilyn Ifill, president of the NAACP Legal Defense Fund, sought to drive home the fact that under the bill any state—from Vermont to California—could be subject to pre-clearance. She said 2012 minority voter turnout should push Congress to act, not convince members that America has overcome its troubled racial history.

“It shows the determination of minority voters to turn out and participate despite the obstacles,” Ifill said. “It should inspire Congress to pass this bill.”

Despite Wednesday’s hearing, the fate of the legislation is bleak. No Republican Senators have signed on to sponsor the bill. But civil rights organizations have not lost hope. And Democrats in the House and Senate plan to continue pressuring their Republican colleagues on the issue.

“I don’t understand the difference today other than partisan politics rearing its head,” Texas Democratic Rep. Sheila Jackson Lee, who attended the Senate hearing, told TIME. “I think we should follow in tradition of our predecessors, Republicans and Democrats, and pass this legislation that speaks to right of people to vote.” 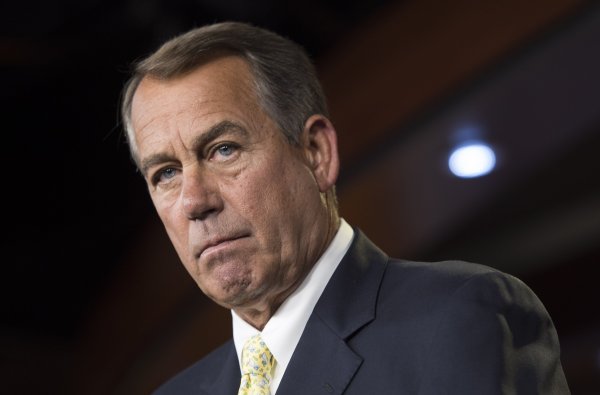 House Republicans to Sue Obama
Next Up: Editor's Pick