You Can Pre-Order These Android Wear Smartwatches Right Now

Google offered the first in-depth look at its upcoming operating system for smartwatches Wednesday at its annual I/O developers conference.

Android Wear-based devices will be an extension of users’ smartphones that they wear on their wrist. Devices that run the new Android Wear OS will be able to scroll through notifications from both smartphone apps and apps within Android Wear itself, such as emails, appointments, weather updates and text messages.

Dismissing a notification on the watch will also remove it from the phone if the devices are synched. The platform will also make considerable use of Google Now, the company’s Siri-like digital assistant. Users will be able to ask questions directly to their watch and see answers pop up on the device’s display.

Google also demonstrated specfic apps from popular Internet services that will be compataible with Android Wear. Eat24, a food delivery website, can be used to quickly order dinner via the watch, while users will also be able to hail rides through the car-sharing service Lyft. Apps such as these will be automatically installed on Android Wear devices when users download the smartphone version of the apps from the Google Play Store.

The first smartwatches to make use of Android Wear, the LG G Watch and the Samsung Gear Live, will be available for pre-order later Wednesday. The Moto 360, the first Android Wear watch to sport a round watch face, will go on sale later this summer. 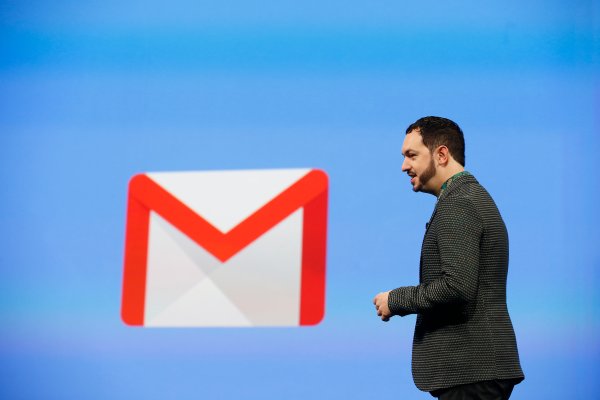