A federal appeals court ruled for the first time Wednesday that states must allow gay couples to marry, shooting down Utah’s bid to defend its same-sex marriage ban. The move sets up a possible battle in the nation’s highest court, as Utah’s Attorney General has said he’s appealing the decision.

In a big win for supporters of same-sex marriage, the decision by a three-judge panel in Denver, Colo. upheld a lower court ruling that struck down Utah’s gay marriage ban.

The court issued a stay on the ruling, which means that no marriage licenses can be issued before the state brings an appeal that’s expected in the U.S. Supreme Court, reports Provo, Utah’s Daily Herald.

“A state may not deny the issuance of a marriage license to two persons, or refuse to recognize their marriage, based solely upon the sex of the persons in the marriage union,” the panel wrote.

Since the Supreme Court struck down the federal Defense of Marriage Act last year, 14 federal judges have sided with gay marriage advocates in rulings, including in conservative states like Utah and Oklahoma, the Associated Press reports.

Same-sex marriage is legal in 19 states and the District of Columbia, with 55% of Americans supporting laws that recognize gay marriage. 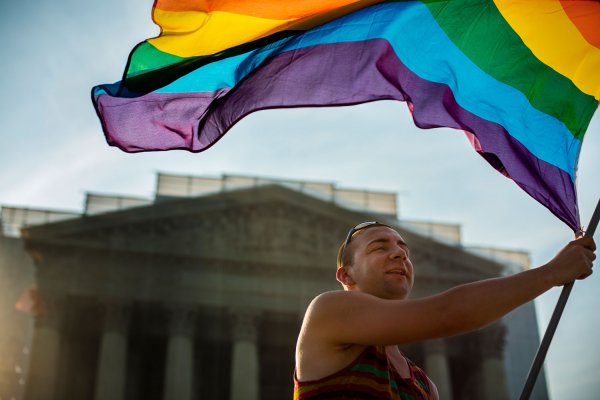 The New War Against the 'Gay Cure' Begins Today
Next Up: Editor's Pick