Whenever I read a story about a teen who has committed suicide, egged on by anonymous online taunts from other adolescents, my heart sinks.

No doubt, in most cases the reasons for the child’s death are complex, and the blame cannot be laid solely on an app or website that was home to the bullying, or even on the awful youngsters who participated in it. And studies show that most kids who are bullied online are bullied off line as well.

As the father of a 14-year-old boy who killed himself earlier this year told TIME in this week’s feature about the site Ask.fm, a place where users can post questions and answers anonymously, his son didn’t commit suicide because of social media. But, he added, “it didn’t help.”

Here are a handful of things for parents to keep in mind as they try to navigate this difficult terrain:

First, understand that even “good” teenagers can succumb to peer pressure. Parents can’t assume their kind, sweet kids won’t participate in teenage meanness—especially if they think they can hide behind anonymous talk or ephemeral social network or mobile messaging sites and apps such as Ask.fm, Yik Yak, Secret, Backchat, Whisper or Burn Note.

And it’s important to note that almost any social media outlet or app can be made anonymous. Nameless bullying takes place on most of the sites that are popular among teens—all a user needs to do is create a profile on hugely popular platforms like Instagram or Tumblr with a username or handle that doesn’t ID the owner of the account. And because apps like Instagram are more ubiquitous than many of the other anonymous sites, they may be just as likely to host bullying. So it’s essential to make it clear that talking about someone else anonymously online in any form is gutless—and violates the fundamental value of standing firmly behind what you say.

“Anonymity poses specific problems because there is no accountability,” says Emily Bazelon, whose book Sticks and Stones explores bullying in the digital age. “No one knows who you are. It is an excuse to be mean without considering the consequences.”

Second, parents should tell their kids that their actions (or those of their friends) can have unintended consequences—sometimes with devastating results.

When you read about a teen who committed suicide after being bullied via social media, seize the opportunity to talk with your son or daughter about it. Explain that sometimes schoolmates can have serious issues that no one knows about—like depression or some other form of mental illness—and that these problems can be exacerbated in unexpected ways by bullying or even just joking around.

MORE: Read TIME’s special report on everything you need to know about bullying.

Third, parents need to make plain to their children that certain actions can have unintended consequences for them, as well. Tell them that “anonymous” does not mean untraceable; data never really disappear. Explain to your teen that if he or she does something “anonymously” that leads to harm for someone else, there could be a terrible cost, including legal actions.

Fourth, parents should remember that their children could also wind up on the other side of the equation—as victims. Let them know that if they become a target of cyber-bullying, they should talk to you or another trusted adult about it. Bringing the subject up before something bad happens will make them more likely to come to you when and if it does.

And finally, don’t be afraid to set rules—based on your teenager’s age, personality and level of maturity—about which apps they can download and which ones they cannot. Kids need guidance, and as the parent you get to make those calls. “My house, my rules” is perfectly OK.

As you set those rules, however, don’t completely dismiss the idea that anonymous apps and sites, used in certain ways, may actually have some benefit. Indeed, some experts maintain that teens are attracted to them precisely because they’re an antidote to the more public hyper-curated social networks such as Facebook, where they feel relentless pressure to put their best self forward—to always look good and to be smart, clever, funny and popular. And sometimes they’re a way to get support for problems that a kid might be too embarrassed to ask about using their name.

“Kids are gravitating to these apps because they are fun, fast, fleeting and a more casual way to communicate,” says Caroline Knorr, who writes about technology for Common Sense Media, a nonprofit that educates kids and families about media use. “And for most kids, it is harmless.”

At the same time, Knorr acknowledges that the anonymous nature of these apps enables some kids to act on their worse instincts. “But we don’t think that the technology is bad, or that parents should ban it,” she says. “Instead, we think parents should engage with the social media their children are using and teach them to use it in a responsible way.”

In other words, handling the latest technology comes back to one of the oldest rules of good parenting: Sit down and talk to your kid. 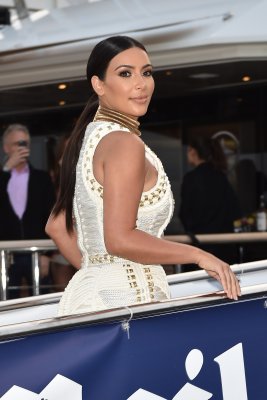 Kim Kardashian on Motherhood and Attachment Parenting
Next Up: Editor's Pick