Barnes & Noble is splitting its digital Nook enterprise off from its physical bookstore business, abandoning what analysts once saw as the company’s best chance of surviving competition from the likes of Amazon, which sells books, digital e-readers and a plethora of other goods and services.

The spinoff of the company’s Nook business will be complete by the end of the first quarter of the next calendar year, Barnes & Noble said in a statement.

Barnes & Noble’s Nook business was a latecomer, introduced in 2009 two years after Amazon introduced its first Kindle reader. Barnes & Noble’s brick-and-mortar bookstore businesses is still profitable; its retail segment saw a 0.8% increase in revenue to $955.6 million for the quarter.

“We believe we are now in a better position to begin in earnest those steps necessary to accomplish a separation of Nook Media and Barnes & Noble Retail,” said CEO Michael Huseby in a statement. “We have determined that these businesses will have the best chance of optimizing shareholder value if they are capitalized and operated separately.”

Borders bookstore applied for bankruptcy in 2011 and later folded into Barnes & Noble, leaving only one remaining massive physical bookstore chain left in the United States.

The Barnes & Noble split is an indication that the bookstore’s foray into digitization hasn’t succeeded after William Lynch, the prime proponent of the Nook, resigned as CEO last year.

Barnes & Noble’s stock was up more than 5% to $21.70 around noon eastern time on the day the news was announced. 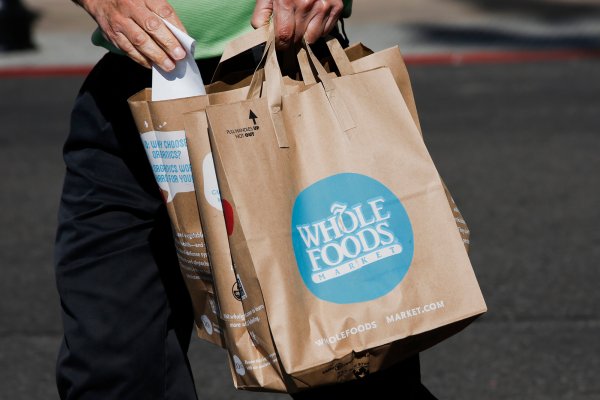 Whole Foods Left With $800,000 Bill for Overcharging
Next Up: Editor's Pick