A company that grabs over-the-air broadcast TV signals and lets consumers pay to store them online and watch on their computers is violating copyright law, the Supreme Court ruled Wednesday.

The court’s ruling, in a hotly awaited decision, is a potentially fatal blow for the small, Brooklyn-based TV-streaming startup Aereo, and a victory for traditional broadcast companies like NBC, ABC and CBS.

In a statement, Aereo CEO and founder Chet Kanojia described the decision as a “massive setback for the American consumer” and worried that it “sends a chilling message to the technology industry.” The consumer interest group Public Knowledge also expressed concern that the decision “leaves consumers beholden to dominant entertainment and cable companies that constantly raise prices and gouge consumers.”

The 6-3 decision centered on the idea that Aereo, despite its claims to the contrary, should be subject to the same rules governing how cable and satellite companies pay to retransmit the content from broadcast companies’ signals. The majority of justices found that “behind-the-scenes technological differences do not distinguish Aereo’s system from cable systems, which do perform publicly.” It has been infringing on broadcasters’ copyright by transmitting their public signals without paying for those rights, the justices ruled.

Media mogul Barry Diller, who is one of Aereo’s primary backers, conceded that the battle was lost. “We did try, but it’s over now,” he told CNBC Wednesday morning. Meanwhile, National Association of Broadcasters trade association, along with broadcasters like 21st Century Fox, commended the Court’s decision, calling it a victory for copyright law.

“Today’s decision sends an unmistakable message that businesses built on the theft of copyrighted material will not be tolerated,” wrote NAB President and CEO Gordon Smith in a statement.

Cable and satellite companies pay “retransmission consent fees” to broadcast companies in order to retransmit what the court calls a “public performance” of TV content. The court found that Aereo’s unique business model was designed to exploit a loophole in copyright law.

Aereo owns tens of thousands of itty-bitty antennas, each of which is about the size of coin, and each of which is rented to individual subscribers for a fee of about $8 a month. Using those tiny antennas, Aereo captures free, over-the-air broadcast signals and saves the content to the “cloud.” Paying customers stream that content through an Internet connection on demand. Aereo argued that since it operated differently than other cable and satellite companies, it did not have to pay broadcasters so-called “retrans fees” to deliver their channels to customers. Aereo said it was simply helping customers to snatch broadcast signals from the public airwaves, which, it argued, is a “private performance” under the Copyright Act.

In this case, which came before the Supreme Court in April, Aereo’s lawyer David C. Frederick argued that the company was not “performing” at all. He described Aereo as nothing more than an “equipment provider.”

In a dissenting opinon, Justices Antonin Scalia, Clarence Thomas and Samuel Alito agreed with Aereo. Scalia wrote in dissent that Aereo’s business model does not constitute a “performance” at all, within the meaning of the Copyright Act.

But the majority decided that Aereo—a commercial enterprise with paying customers—was legally different than an individual capturing those signals with his or her own antenna and saving them onto a physical DVR.

The decision sides with the broadcasters, which were backed by the Department of Justice. They argued that Aereo’s business model was obviously designed to exploit a loophole in the Copyright Act. ABC’s lawyer Paul D. Clement argued that by capturing copyrighted television programming and then transmitting it back to thousands, or tens of thousands, of users, Aereo is acting exactly like a cable company and should pay retransmission fees.

The decision could have implications for cloud computing, including popular applications like Dropbox or iCloud, which allow customers to save files, including movies and TV shows, onto the “cloud” and then access them again at anytime with an Internet connection.

Aereo’s lawyers argued that if the Court determined that when someone plays back a file he or she saved on the cloud that constitutes a “public performance,” then that would put cloud computing companies, like Dropbox or iCloud, in a difficult position. Aereo argued that if cloud computing companies can be held responsible for determining if their clients originally purchased their files legally, then that would open them up to potentially fatal litigation.

In a statement following the decision, Aereo founder Kanojia said it was “troubling” that the Court explicitly said that if companies “are concerned with the relationship between the development and use of such technologies and the Copyright Act, they are of course free to seek action from Congress.'” Kanojia suggested that statement could lay the groundwork for “a permission-based system for technology innovation.” 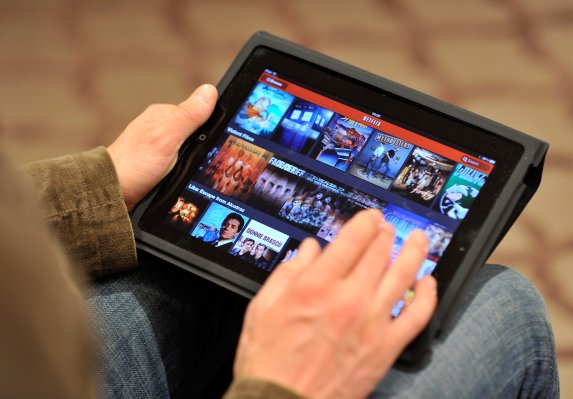