Investment firm Morgan Stanley is publicly fretting the truck might be delayed, but Ford says its new lightweight aluminum Ford F-150 pickup is on track and we’ll see it later this year.

“Everything is on schedule and everything is going as planned,” Ford Americas President Joe Hinrichs told reporters, speaking at Ford’s headquarters in Dearborn, Michigan (via Automotive News), adding that he was “very confident in this vehicle.” Morgan Stanley’s analyst Ravi Shanker had said earlier that Ford’s planned factory retooling, which it has to perform in order to produce the new pickup, would result in “slow changeover, with tight supply.”

Ford has noted the planned retooling would temporarily deplete its production by over 90,000 F-Series pickups, reducing company sales and profits. Furthermore, margins are expected to be lower on the new aluminum-bodied F-150. But Ford views all of that as necessary back-stepping to be first to market with a truck that uses a combination of “military-grade aluminum and high-strength steel,” and that’ll weigh roughly 700 pounds less than the version it’s replacing.

Note that Shanker doesn’t say the launch itself is in danger of being delayed, only that supply is going to be very tight in 2014 given manufacturing constraints. If supply is at a trickle, that could mean higher demand-driven dealer pricing, of course, culminating in a scenario where the truck’s debut looks more like a paper launch, and buyers wind up having to wait to lay hands on one until supply catches up. 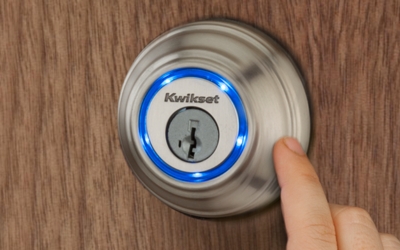 Smart Home Gadgets for Stopping Disasters Before They Happen
Next Up: Editor's Pick