9 Best Quotes from The Notebook

For fans of The Notebook, it still isn’t over—even on the tenth anniversary of the film’s release. It’s been a decade since Noah Calhoun and Allie Hamilton, played by Ryan Gosling and Rachel McAdams, found a love “that awakens the soul and makes us reach for more,” Duke (the nickname the older Noah goes by, so as not to scare the older Allie, who is now suffering from Alzheimer’s) says.

While some may not enjoy the film, fans of the young southern love story have given it an almost cult following in the past ten years. For those fans, here are nine of the best quotes from The Notebook:

“I am nothing special; just a common man with common thoughts, and I’ve led a common life…But in one respect I have succeeded as gloriously as anyone who’s ever lived: I’ve loved another with all my heart and soul; and to me, this has always been enough.”

Duke says these words at the beginning of the film before he begins reading the story of Noah and Allie to, well, Allie.

Although Noah might have pushed Allie’s hand by threatening to fall off the top of a Ferris Wheel if she didn’t go out with him, she found a way to get back at him:

Ah, to be young and in love and to want to be reincarnated as the same animal. It says, “I’ll be whatever you are.” And birds make a reappearance when Allie and Noah reconnect years later—much to the chagrin of one viewer—as they boat through a beautiful lake full of swans.

“It was an improbable romance. He was a country boy. She was from the city. She had the world at her feet, while he didn’t have two dimes to rub together.”

But Noah and Allie defied the odds with their love. Also, these words, which Duke reads to an older Allie from the notebook, sound oddly similar to the lyrics of Taylor Swift’s “You Belong With Me.”

“The best love is the kind that awakens the soul and makes us reach for more, that plants a fire in our hearts and brings peace to our minds, and that’s what you’ve given me.”

Allie waits years to read these words, written in a letter to her from Noah a year after they broke up. Allie’s mother hid the letters for years, tearing at the hearts of both Allie and the audience members who were also in tears as she finally read them.

The words repeated by Notebook fans the world over. They come just before Noah and Allie kiss in the rain (in a completely non-cliche manner) and rekindle their love years after it began. It’s never over.

“I want all of you, forever, everyday. You and me…everyday.”

The way Noah begs Allie to stay with him instead of her fiance has endeared his character–and more importantly Ryan Gosling–to many adoring fans in the past ten years.

Even though no one says this in the film, the inscription to the notebook shown at the end of the movie reveals that Allie wrote it for Noah to read to her. Cue the waterworks.

“Do you think our love, can take us away together?”

That last scene. In case there was a dry eye left at this point, Noah and Allie’s simultaneous passing provides a sweeping (albeit unrealistic) end to the tearjerker, especially when Noah responds, “I think our love can do anything we want it to.” 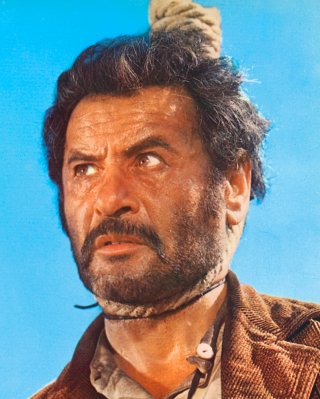 Actor Eli Wallach Dies at 98
Next Up: Editor's Pick